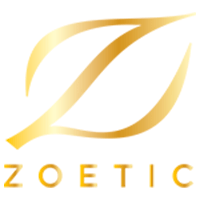 Zoetic International plc (LON:ZOE), the London-listed vertically integrated CBD and natural resources company, today announced that it has entered into an Asset Purchase Agreement with Path Investments pl, to sell its 75% interest in the patented proprietary technology, DT Ultravert, which involves a method for hydrocarbon well stimulation and protection. In addition, Path has agreed with Zoetic to acquire Zoetic’s Kansas nitrogen assets, its associated leases and equipment.

The Transaction is the latest element in Zoetic’s strategy to exit from its historic natural resources business and transition to a focused CBD and hemp business.

Path has concurrently made its own announcement of the Transaction, a copy of which can be viewed at http://www.rns-pdf.londonstockexchange.com/rns/0032O_1-2020-5-26.pdf. Neither Zoetic nor any of its directors, officers or employees accepts any responsibility or liability for the Path Announcement, which is the sole responsibility of Path and which is appended for information only. The Path Announcement does not form part of, and is not incorporated into, this announcement by Zoetic.

The consideration for the Transaction will be satisfied by the issue by Path to Zoetic of 15,000,000 new ordinary shares of 0.1 pence each in Path, together with warrants to subscribe for a further 15,000,000 Path Shares at any time during the period between the first and third anniversaries of completion of the Transaction at an exercise price of 1.5 pence per Path Share.

Additionally, Path has agreed to pay, in perpetuity, to Zoetic a royalty equal to 5% of all gross revenues received by Path that are derived from DTU and attributable to the 75% interest being sold, accruing from receipt of first revenues although not payable until 12 months thereafter (the “Royalty”). Following such period of twelve months, the Royalty payments will be settled quarterly, with payments being made at the end of the quarter in which Path earns revenue. For the avoidance of doubt, Path has no obligation to make a Royalty payment to Zoetic unless it has received the revenue payment from its own customers.

Zoetic will enter into a lock-in agreement in respect of the new Path Shares issued as consideration for the Transaction or through any exercise of Warrants for a period of 12 months from the date of completion.  Path Shares are currently suspended from trading on the Main Market of the London Stock Exchange.

Completion of the Transaction, which is conditional upon the completion of certain procedural and commercial matters, is expected to occur in the next two weeks following fulfilment of such conditions and a further announcement will be made when completion occurs.  The APA contains normal commercial terms including certain warranties and indemnities on both sides.

The Board believes that a combination of the potential upside from the 15,000,000 Path Shares, the Warrants and the Royalty, cost savings and the strategic benefits of the Transaction mean that this is an attractive transaction for Zoetic and its shareholders.  The Board believes it will achieve material cost savings during the current financial year compared to the year to 31 March 2020 from its exit from its legacy natural resources business, of which the Transaction is a key element.

Trevor Taylor, Co-CEO of Zoetic, commented, “We are pleased to have agreed this transaction with Path Investments to divest our interest in DTU and Kansas nitrogen assets, whilst retaining an ongoing financial interest in the technology, as we continue to focus the Company on its future as a vertically integrated CBD and hemp business.  We are moving rapidly in implementing this strategy and believe that our shareholders will soon see the fruits of our efforts.“

Receive our exclusive interviews – Enter your email to stay up to date.
Share this post using our forum friendly shortlink: https://bit.ly/2zqv7AN
Disclaimer: Statements in this article should not be considered investment advice, which is best sought directly from a qualified professional.

Zoetic International files US patent applications for its Chill brand