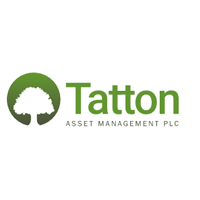 Tatton Asset Management (LON:TAM) is the topic of conversation when Zeus Capital’s Research Director Robin Savage caught up with DirectorsTalk for an exclusive interview.

Q1: Tatton Asset Management has released an update for trading for 6 months to 30 September.  Robin, can you remind me what services they provide?

One of their business units, the main value part of the business, is Tatton Investment Management (TIML) which provides asset allocation services, while other group companies which operate under the Paradigm brand provide compliance, business consulting and mortgage services.

Importantly, the annual cost of the company’s tracker service is only £12.50 plus VAT for every £10,000 under management so that’s 12.5 basis points . Their high quality, low cost services enables financial adviser firms to improve the service and lower the Total Expense borne by the end investors.

So, shareholders should expect TAM to deliver sustainable profitable growth, driven by the TIML  service. Over the next 3 years, we expect Group revenue to rise by 14% per annum and profit to rise 20% per annum. As the group has low capital requirements and high cash conversion, shareholders should enjoy a generous dividend pay-out as well as Capital appreciation which should reflect the Assets under Management growth.

Q2: So, what are the key points in today’s announcements?

A2: You’ll remember from what I’ve just said that what we are looking for is the Group revenue to rise by 14% per annum which should drive even greater profit growth and that that level of revenue growth should be driven essentially by the Assets under Management growth.

So, the key point in today’s statement will be to do with the rate of growth of the Assets under Management or advice by TIML.

In the first six months of their financial year , so the six months to 30th September, their organic growth was 7.2% and if you looked over the last 12 months, it’s 17% so that’s the net inflows excluding any corporate action or any market movements.

In addition to that organic growth, which is above the 14% that I had previously indicated we were looking for, in this case there has been some market appreciation.

The Wealth Managers Balanced Index, so a mix of equities, debt and other assets, was up 4.5% during that six month period and TAM managed to achieve 5.5% market and performance appreciation so you can see that they’ve been doing a very good job in terms of being able to allocate the assets in a balanced way to actually outperform the actual Wealth Managers Balanced Index.

In addition to that, there was a small bolt-on acquisition which they’ve just announced today which was £135 million of assets which have been acquired and so together, the assets have increased from £5.7 billion a year ago to £6.1 billion at the end of March to £7.0 billion at the end of September. So, the company remains on track for our forecast of £7.3 billion by March 2020, you might even think that there’s scope for it to exceed that, I will look at forecasts once the company has reported its full interim results on 11th November.

So, in addition to the growth in TIML, the Paradigm businesses have actually also been performing reasonably well or at least the Paradigm Mortgage Services business which has grown the number of firms which use its service by 5.4% to close to 15,000 mortgage firms. Clearly, that’s a very significant number of firms using Paradigm’s Mortgage Club.

The Paradigm Consulting actually has had a little bit more difficulty trading, the number of firms using that was 382 this time last year, 390 at the end of March and 385 now so it’s not been growing and that’s partly to do with consolidation in the IFA market.

So, this particular trading statement has been silent on revenues, on profit, on cash movement, now all of those will be reported on Monday 11th November and when that is all out and when I know that information, I will then reconsider my forecast. What we can say is that there has been good trading in the first six months.

Q3: How can investors estimate the fair value of Tatton Asset Management when it is growing so fast?

A3: Well, it is difficult to estimate the fair value of a business that is growing fast, the first thing to say is you really ought to consider, first of all, a bottom up valuation and then look top down. So, let’s do the bottom up, if we’ve thought about there being maybe four element to the value.

The first thing is the Group has no debt, it’s financially very solid, it’s got substantial amounts of cash and the business is cash generative. At the end of March this year, the Group had over £12 million of cash at bank and that’s approximately 14p a share at the moment so you’ve got the core value there in terms of the cash underpinning the share price obviously at the bottom because we’re looking at a share price of over £2 at the moment. There’s 14p a share of cash in the business.

So, the majority of the value in this business is to do with that Assets under Management bit, the TIML bit and that’s the business where the revenues are associated with the Assets under Management and the growing Assets under Management. With the 20% per annum growth in the assets, one ought to be expecting operational gearing to drive 30% or so I the profits of that division which should justify a PER multiple of at least 20 times, this is a PEG of 0.7 times, and you would probably say the current value is somewhere aroid about £2.17p a share which is pretty similar of where the share price is.

So, what you could say is, bottom up, the current share price reflects the value in the TIML business but doesn’t reflect the fact that there’s 14p per share of cash and it also doesn’t reflect that there is 17p per share of the Paradigm businesses which are in themselves quite important. For example, the mortgage club handles £15 billion a year of mortgages so it’s not a small business, it’s quite a substantial business, it’s just that it’s also highly cost effective for its clients and therefore the revenues are not quite as you’d think for a business which handles £15 billion of mortgages a year.

In addition to those three bits of value that you could perhaps see £2.50 odd of value, we should recognise the value created by the increase in the firms using TAM.  Over the next year, we expect around 100 firms to start using them, in fact this could be considerably higher than that because they’ve recently done a deal with Tenet. Tenet Group is a very large competitor of theirs which have come to an agreement whereby firms that use Tenet are going to look to use TIML’s products and we understand that is going very well, there was a brief reference in today’s statement but more information will come out on the 11th November.

I think there is really, maybe, £3 a share is a perfectly reasonably value at the moment to where the businesses are and it’s trading at around about £2.10-£2.20 a share at the moment.

That’s the bottom up so looking top down, shares are trading at around about 17 times current year adjusted EPS forecast which is quite reasonable for a business which is growing at 20% per annum and you also get paid very generously for it because you’re getting a dividend yield of about 4.5%.

So, there are very few companies which have got such strong and growing cash generation and such excellent growth characteristics and in my opinion, TAM shares have the potential to deliver both 20% per annum capital growth and a very attractive dividend yield.

Receive our exclusive interviews – Enter your email to stay up to date.
Share this post using our forum friendly shortlink: http://bit.ly/2oTGg7W
Disclaimer: Statements in this article should not be considered investment advice, which is best sought directly from a qualified professional.

Click the EPIC TAM Zeus to read the full archive for this company.

TAM Zeus 2019-10-22
Aim News
Previous: Bill Turnbull calls for ‘proper conversation’ on cannabis laws
Next: What is behind bullion’s best run in years