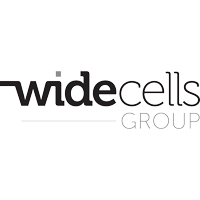 WideCells Group PLC (LON:WDC), announced that, following the issuance of the Prospectus on 22 February 2019, Mr. David Sefton, who has a significant financial interest in the Company through the acquisition by Nuuco Media Limited, a company controlled by Mr. Sefton, of an option to acquire up to 29.9% of the Company’s issued share capital, has been appointed to the Board as Executive Chairman, to advise on potential future strategies and acquisitions for the Company.

Additionally, to support Mr. Sefton, Mr. Richard Thompson has been appointed as a Non-Executive Director. The new Board members bring a wide range of business, corporate and capital market experience and a proven track record in building companies and generating value for all stakeholders. They will be active in evaluating opportunities that they believe will benefit from the cumulative expertise of the Board as well as the Company’s corporate structure.

As part of these Board changes, Mr. Peter Presland, who has been Non-Executive Chairman since December 2017, will step down from that role, but will remain on the Board as a Non-Executive Director.

Alongside the new appointments, Mr. Joao Andrade and Dr. Jeremy Lea have stepped down from their respective roles on the Board. They will both continue to work for WideCells International Limited (“WCI”), a wholly owned subsidiary of the WideCells Group, through which the current stem cell services business is transacted. Dr. Lea will become Chief Executive Officer of WCI and Mr. Andrade will provide support to him.

Additionally, Mr. Malcolm Glaister and Mr. David Henriques have resigned as Non-Executive Directors of the Company with immediate effect.

Executive Chairman Mr. David Sefton has extensive public and private company board experience in the UK and North America. He is the founder and Managing Partner of Linton Capital LLP, a private equity manager; a director of LRE Capital, a real estate fund manager; and is the founder and Executive Chairman of Anglo African Oil & Gas Plc, an AIM listed exploration and production company. David has made and structured investments and acquisitions across Europe, Russia, the Middle East, Africa and North America, including in the energy, technology, telecoms and media sectors. He completed undergraduate and postgraduate studies at the University of Oxford and initially practised as a barrister, before joining the New York law firm Cleary Gottlieb, Steen & Hamilton. David is registered as an approved person with the Financial Conduct Authority.

Non-Executive Director Mr. Richard Thompson has extensive experience in private and public companies both on an operational and investing capacity. He began his career at Hillsdown Holdings and has had roles including Chairman of QPR, Leeds Utd and Windsor Racecourse. He was also the founder investor of Fonix, mobile telephony.

David Sefton, Executive Chairman of WideCells, commented: “We have taken control of the Board of the Company and are focussed on building a business that generates value for shareholders. The new Board has an extensive network, commercial experience and business expertise that we will utilise to implement a wider strategy and identify additional businesses that we believe will benefit from the new Board and the listed corporate structure. We remain supportive of a restructured and simplified WideCells business, which will be run entirely through a subsidiary structure, and are excited about the future for the Company itself and of consummating deals in the near future.”

Receive our exclusive interviews – Enter your email to stay up to date.
Share this post using our forum friendly shortlink: http://bit.ly/2GKygx3
Disclaimer: Statements in this article should not be considered investment advice, which is best sought directly from a qualified professional.

Click the EPIC WDC to read the full archive for this company. 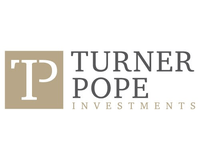 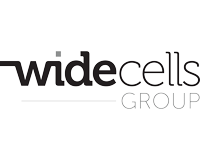 Rising awareness about the therapeutic importance of stem cells

What is cord blood, and why would I consider banking it?