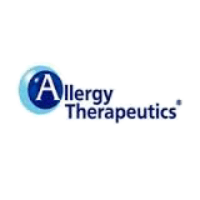 Why Food Allergies Are Surging

An estimated 32 million Americans have food allergies, or nearly 10 percent of the population, 10 times the prevalence reported 35 years ago. The severity of symptoms seems to be increasing. According to a study released in January by Food Allergy Research & Education (FARE), a Virginia-based nonprofit, insurance claims for anaphylactic food reactions rose 377 percent in the U.S. from 2007 to 2016.

Because food allergies most commonly emerge in childhood, these trends are largely driven by the young. An insurance-industry study found that emergency room visits for anaphylaxis in children more than doubled from 2010 to 2016. Peanut allergies, once rare, tripled in kids between 1997 and 2008. “The first year, it was 1 in 250,” says Scott Sicherer, chief of pediatric allergy and immunology at New York City’s Mount Sinai Hospital, who led that study. “When we did the next round of research, in 2002, it was 1 in 125. I thought there must be a mistake. But by 2008, it was 1 in 70.”

Allergy Therapeutics (LON:AGY) is an international commercial biotechnology group focused on the treatment and diagnosis of allergic disorders, including immunotherapy vaccines that have the potential to cure disease. The Group sells proprietary and third-party products from its subsidiaries in nine major European countries and via distribution agreements in an additional fourteen countries. Its broad pipeline of products in clinical development include vaccines for grass, tree and house dust mite, and peanut allergy vaccine in pre-clinical development. Adjuvant systems to boost performance of vaccines outside allergy are also in development.

Receive our exclusive interviews – Enter your email to stay up to date.
Share this post using our forum friendly shortlink: http://bit.ly/2HbuXNs
Disclaimer: Statements in this article should not be considered investment advice, which is best sought directly from a qualified professional.

Click the EPIC AGY to read the full archive for this company. 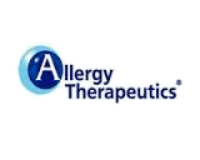 Celebrities who have been refreshingly open about food allergies

11 signs to know in children

Food reaction: Does your child have an allergy?