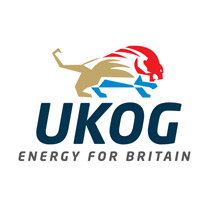 Wh Ireland Analyst this morning talked about UK Oil and Gas Investments PLC: “UKOG has announced that it has acquired a 100% interest of the 300 sq kms (116 sq miles) PEDL234 licence located in the Weald Basin, for a total consideration of £3.5m (36% in cash). The acquisition significantly increases UKOG’s Weald acreage, more than doubling its net acreage position in the basin. The acquisition is conditional upon regulatory approvals and the extension of the Licence by the Oil and Gas Authority (OGA) until at least 30 June 2017.

The consideration consists of £1.25m in cash, which will be paid in equal proportion to Celtique Energie Petroleum Limited (CEPL) and Magellan Petroleum, who both hold a 50% interest in PEDL 234. The other £2.25m will be settled by the issue of an aggregate 142.6m shares (equivalent to 1.58p/ share) new shares to CEPL and Magellan Petroleum (NasdaqCM:MPET; MCap: US$7.3m; US$1.27; N/C). The new shares equate to 5.7% of UKOG’s increased share capital. Additionally as part of today’s £3.5m acquisition, UKOG will pick up Magellan’s 22.5% interest in licence P1916, located offshore the Isle of Wight. The new shares are subject to a 6 month lock-in agreement that both sellers are bound by.

PEDL234 is located to the south west of UKOG’s flagship Horse Hill asset (27.3% interest) and straddles the centre of the Weald Basin. Analysis by Nutech and UKOG of wells and seismic data within and immediately surrounding the licence strongly suggest the Licence has a similar geology: Kimmeridge Limestone oil potential to that seen at Horse Hill. UKOG has commissioned Nutech to carry out a study to ascertain Oil in Place in the Kimmeridge section and deeper Jurassic interval within the 300 sq. km (116 sq. miles) licence and, Xodus to assess Gas in Place and potential recoverable volumes within the Portland accumulation.

We are pleased to see UKOG continue to grow its portfolio of assets in the Weald basin, at a time when other oil and gas companies are struggling with being overleveraged or from the inability to raise capital to fund their exploration and development activities.”

Subscribe to our FREE News Alerts – Click to select your preferences
Share this post using our forum friendly shortlink: http://bit.ly/1Xitw34
Disclaimer: Statements in this article should not be considered investment advice, which is best sought directly from a qualified professional.

Click the EPIC UKOG to read the full archive for this company. 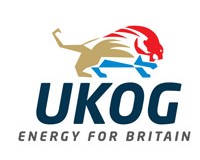