Established in 1872, WH Ireland trace thier roots back to the founding members of the Manchester Stock Exchange where William Henry Ireland began operating his stockbroking business from the Commercial Offices in Cross Street. In the 1980s the company took over J Stephens & Co, a local Manchester broker, before floating on AIM in 2000.

WH Ireland Group PLC have 12 offices that offer Private Wealth Management throughout the UK and Isle of Man and have Corporate Broking activity in London as well as three regional offices (Manchester, Leeds and Bristol).

Subscribe to our FREE News Alerts – Click to select your preferences
Share this post using our forum friendly shortlink: http://bit.ly/1Sx4XZr
Disclaimer: Statements in this article should not be considered investment advice, which is best sought directly from a qualified professional.

Click the EPIC WHI to read the full archive for this company. 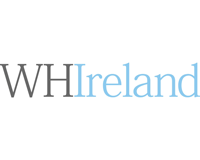 Humphrey Percy joins the board of WH Ireland