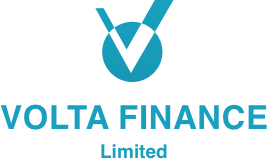 AXA IM has published the Volta Finance Ltd (LON:VTA) monthly report for July. The full report is attached to this release and will be available on Volta’s website shortly (www.voltafinance.com).

In July the monthly performance, after considering the 11 cents per share dividend paid 29th of July, is negative at -1.2%. Despite a flat performance at the asset class level, USD weakness had a negative impact as USD depreciated against EUR by 4.6% during the month while, after adjusting for hedging, Volta has a USD exposure close to 45%.

The monthly asset class performances** were, in local currency: -0.3% for Bank Balance Sheet transactions, +1.1% for CLO Equity tranches; -0.5% for CLO Debt; +5.9% for Cash Corporate Credit deals (this bucket comprises funds that have a one-month delay in publishing their NAV); and +1.7% for ABS.

In July, like the first month of every quarter, most of the CLO positions received their coupon payments. However, according to WellsFargo research, 24% of USD CLOs were suffering a breach of the Interest Diversion test as at the end of the month. Only one USD CLO position in Volta did not receive any cash flows (due to an IC test (Interest Coverage) breach). This position is a 2013 vintage position, the full AAA tranche has been amortized and the AA tranche will finish being amortized in October so that it is almost normal that cash flows from this position are close to zero. In normal market conditions, this position would have been called. We are working with the CLO manager to find a way/the timing for a partial call.

Except for this position, all CLO Equity and CLO debt held by Volta paid their coupons. However, it should be noted that CLO Equity payments were on average 30% lower than in April due to two technical effects:  firstly, lower short-term rates in the US, an impact that was beginning to be seen in January and April.  If and when rates go up, we will benefit from the opposite technical effect.  Secondly, since April, roughly 40% of the European loans elected to pay their coupon on a 6-month basis instead of the classic 3-month basis.  This effect will unwind with higher cash flows in October.

As a result, in July, Volta received “only” the equivalent of €3.9m from its CLO Equity positions, relative to €5.7m in April. The decline is almost evenly split between the two technical effects so that October cash flows are expected to be roughly €1m higher. On a 6-month basis, Volta received the equivalent of €17.7m as at the end of July. Nonetheless, this represents a solid 17% annualised yield based on the end of July NAV, despite the previously mentioned technical impacts.

On a longer-term basis, CLO managers are, on average, improving CLO portfolios to limit the impact of the COVID-19 pandemic. According to Nomura research, in April, 19% of USD CLOs were breaching their BB OC test (the Overcollateralization test that protects the BB tranche), in July this figure was down to 11% although USD loans continued to be downgraded and some defaults started to materialize. None of the USD CLO positions in Volta suffered a diversion of cash flow due to a BB OC test breach in April nor in July.

We reiterate our view that going forward, as long as there is no second wave requiring significant lockdowns of the economy, full cash flow payments should be the norm for Volta’s portfolio as CLO managers are regaining some cushion on the OC tests.

On the most senior CLO debt tranches, spreads continued to tighten so that we can envisage transforming the CLO warehouse presently held by Volta into an actual CLO. Probably in September or October.

In July Volta invested €2.2m through one newly issued EUR BB CLO tranche and additional capital was called by the existing CMV and the Warehouse.

The month-end available cash position was €8.7m leaving some room for investments.

*It should be noted that approximately 10.6% of Volta’s GAV comprises investments for which the relevant NAVs as at the month-end date are normally available only after Volta’s NAV has already been published. Volta’s policy is to publish its NAV on as timely a basis as possible to provide shareholders with Volta’s appropriately up-to-date NAV information. Consequently, such investments are valued using the most recently available NAV for each fund or quoted price for such subordinated note. The most recently available fund NAV or quoted price was for 9.0% as at 30 June 2020 and 1.6% as at 31 March 2020.

** “performances” of asset classes are calculated as the Dietz-performance of the assets in each bucket, taking into account the Mark-to-Market of the assets at period ends, payments received from the assets over the period, and ignoring changes in cross-currency rates. Nevertheless, some residual currency effects could impact the aggregate value of the portfolio when aggregating each bucket.

Receive our exclusive interviews – Enter your email to stay up to date.
Share this post using our forum friendly shortlink: https://bit.ly/3g1Gxdv
Disclaimer: Statements in this article should not be considered investment advice, which is best sought directly from a qualified professional.

Click the EPIC VTA to read the full archive for this company.

How does a collateralized loan obligation work?

What are Collateralized Loan Obligations (CLO)?