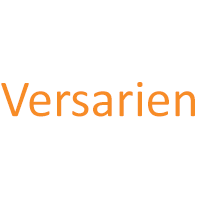 Terms defined in the Lanstead Announcement are used throughout this announcement, unless otherwise advised. No new information is contained in this announcement other than the table below with examples of proceeds receivable pursuant to the Share Agreement at different prices for the ordinary shares of Versarien based on the Lanstead Subscription price of 40 pence per share (being an approximate premium of 2.5% to the Versarien volume weighted average share price in the 20 days prior to the Lanstead Announcement), and the issue price of the Value Payment Shares issued to Lanstead.

As outlined in the Lanstead Announcement, shareholders should note that the Company also issued to Lanstead 750,000 Value Payment Shares as consideration for entering into the Sharing Agreement, such shares having been issued at a price of 40 pence per share.

The Sharing Agreement provides that the Company will receive 24 monthly settlement amounts as measured against a benchmark share price of 53.33 pence per Subscription Share, a premium of approximately 33.33%.  Notwithstanding the Subscription Price of 40 pence, shareholders should note that the share price of the Company needs to be on average over the 24 months of the Sharing Agreement at or above the Benchmark Price of 53.33 pence per share for the Company to receive at least, or more, than the gross Subscription proceeds of £6 million.

In order for shareholders to further understand the possible outcomes from the Sharing Agreement, the Company is pleased to set out below some examples of the amount of proceeds that it would receive in a monthly settlement from the Sharing Agreement, depending on the 20 day average volume weighted share price of the ordinary shares of Versarien in the period prior to the settlement:

#1 the Benchmark Price for the Sharing Agreement

The Directors believe that the Sharing Agreement provides a number of benefits to Versarien and its shareholders including: the certainty of near term income, albeit the quantum is dependent on the Versarien share price; the opportunity to benefit from positive future share price performance; and that the amount of shares issued are fixed, together with the cost of their issue.

Whilst theoretically the Company could have potentially raised a greater sum of money per share issued from a future placing of shares if the share price rises above the Benchmark Price, when compared to the proceeds from the Sharing Agreement, this would be dependent on a number of factors such as the willingness of investors to participate in any placing, the ability to achieve a placing at an appropriate discount and the ability of the Company to limit the costs of any such placing.  The Directors believe that the proceeds the Company will receive from the Sharing Agreement with Lanstead significantly outweigh the risks associated with any such theoretical placing, the uncertainty of when such a placing may be possible and the uncertainty of achieving a positive outcome.

The Company initially entered into negotiations with the Beijing Institute of Graphene Technology Co. Ltd (“BIGT”) in March 2019 and a term sheet was executed with BIGT and announced on 15 April 2019.  The Company has worked subsequently in co-operation with both BIGT and the China International Graphene Industry Union (“CIGIU”) towards the establishment of a joint venture in China which culminated in the joint venture agreement with YG.

Due to BIGT’s regulatory obligations, exchange controls in China and the downward movement in the Company’s share price since executing the term sheet with BIGT, it became unfeasible for BIGT to invest in Versarien at a price level that would have been acceptable to the Company. YG, with the support of both BIGT and CIGIU was established to facilitate, inter alia, an acceptable investment into the Company.

As previously announced, the joint venture with YG is conditional on it procuring that strategic equity investment in Versarien within the time frames disclosed in the announcement of 25 March 2020.  Further notifications and updates regarding the joint venture and associated financing will only be made in the event that a development occurs that is sufficiently significant to require a regulatory notification.

Further details concerning the joint venture with YG, including the terms and conditions and other risk factors are set out in the Company’s 25 March 2020 “China update” announcement.

Receive our exclusive interviews – Enter your email to stay up to date.
Share this post using our forum friendly shortlink: https://bit.ly/2UMC9aw
Disclaimer: Statements in this article should not be considered investment advice, which is best sought directly from a qualified professional.

VRS 2020-04-06
Amilia Stone
Previous: CentralNic Group No interruptions due to COVID-19; current trading in line with market expectations
Next: Gresham House Strategic retain commitment to raise the dividend by 15%