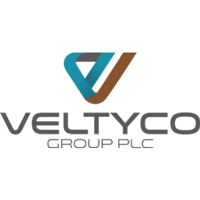 Further to the Company’s announcement of 19 December 2019, Veltyco Group (LON:VLTY) has today announced that it has acquired the 49% of Quasar Holdings Ltd not owned by the Company from Binbar GmbH.  Quasar wholly owns Bet90 Sports Limited, an online sportsbook and casino gaming company.

The Board of Veltyco believes that the Acquisition is an important step in the Group being able to deliver its new strategy, which is focused on regulated online sportsbook and casino operations and, subject to funding, expanding these operations in additional territories.  The Company is aiming to partner with external experts and expand its online operations, with a view to increasing marketing efforts in order to increase brand recognition and drive additional traffic to Bet90.

The consideration payable to Binbar is as follows:

The Cash Consideration will be satisfied from the proceeds of the £500,000 convertible loan announced on 19 December 2019 and the Board intends, subject to continued management of the Group’s creditor balance as previously announced, that the Monthly Instalments will be paid out of the Group’s operating cash flow, with the first Monthly Instalment due on 1 March 2020. The Consideration Shares, once issued, will represent approximately 5.2% of the Company’s enlarged issued share capital. Binbar is wholly owned by Mr. N. Bingöl.

In the event that any amounts owing pursuant to the Monthly Instalments are outstanding as at 1 January 2021 (“Outstanding Balance”), Binbar has the option, in its sole discretion, by serving written notice on the Company, to require that Veltyco, at any time prior to 10 January 2021, satisfies the Outstanding Balance in full by the issue of new Ordinary Shares at a price equal to 50% of the average mid-market closing price of the Ordinary Shares on AIM on the ten trading days prior to such notice.

As previously announced, the Company confirms that all of Bet90’s terminal operations have now been terminated, allowing Bet90 to focus on the continued expansion and growth of its online casino and sportsbook operations.

The Company has entered into a licence agreement with Binbar pursuant to which, for payment of a nominal consideration, Binbar will use the Bet90 brand name in Belgium for an operation which is separate to Bet90. The Group does not have a licence to operate in Belgium and it does not intend to apply for one.

The Board is pleased to announce that, in recognition of the Company’s shift in strategic focus to regulated online sportsbook and casino operations, it intends to resolve to change the Company’s name to B90 Holdings plc.

A further announcement in this regard will be made in due course.

With effect from Admission, the abovementioned figure of 95,889,492 Ordinary Shares may be used by shareholders in the Company as the denominator for the calculations by which they will determine if they are required to notify their interest in, or a change to their interest in, Veltyco under the Financial Conduct Authority’s Disclosure Guidance and Transparency Rules.

“Having 100% ownership of Bet90 represents significant progress towards our stated objective to refocus the business on the core activity of online sportsbook and casino operations.  Subject to additional funding, the next phase will be to expand the geographic footprint and invest in marketing to drive revenue. We will also be seeking to form strategic relationships with other brands in the same vertical to expand our online offer.  The proposed change of company name to B90 Holdings plc, along with the change of ticker symbol to B90, will reflect this new focus and strategy.”

Receive our exclusive interviews – Enter your email to stay up to date.
Share this post using our forum friendly shortlink: http://bit.ly/38fD1bL
Disclaimer: Statements in this article should not be considered investment advice, which is best sought directly from a qualified professional.

Click the EPIC VLTY to read the full archive for this company. 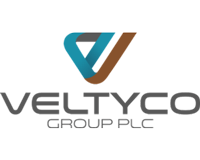 Veltyco Group plc Update on launch of own regulated brand