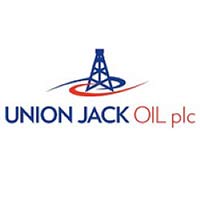 Union Jack Oil plc (LON:UJO), a UK focused onshore hydrocarbon production, development and exploration company, has announced a positive update on progress on the Wressle oilfield development and the approval by the Oil and Gas Authority of Union Jack’s acquisition of a further 12.5% of PEDL180 and PEDL182 from Humber Oil & Gas Limited.

·    OGA approval of Union Jack’s acquisition of a further 12.5% of PEDL180 and PEDL182 containing the Wressle discovery and will hold a meaningful 40% interest on completion

·    Reconfiguration of the discovery site for production operations has commenced

·    Wressle is economically robust with an estimated project break-even price oil price of USD$17.62 per barrel

The Operator, Egdon Resources U.K. Limited, has advised the JV that the Wressle civil engineering contractor has mobilised to site and the development works to reconfigure the existing Wressle site for production operations have now commenced.  These works include the installation of: a new High Density Polyethelene (“HDPE”) impermeable membrane; specialist drain system; an approved surface water interceptor; the construction of a purpose-built bund area for storage tanks; a tanker loading plinth; and an internal roadway system.

The JV remains on track for first oil during H2 2020 as previously advised.

The plan for the Wressle oilfield development comprises the following key stages:

1)      Discharging the planning conditions, finalising detailed designs, tendering and procurement of materials, equipment and services and finalising all Health and Safety Executive (“HSE”) documentation and procedures

·    key planning conditions have been discharged, progress with detailed design tendering and procurement is proceeding as per the plan and all HSE documentation and procedures are progressing as per expectation

3)      Reconfiguration of the site for production operations

4)      Installation and commissioning of surface facilities

OGA Approval Granted for Further 12.5% Acquisition of PEDL180 and PEDL182

Further to the announcement made on 8 June 2020, the OGA has granted approval for the acquisition by the Company of a 12.5% interest in PEDL180 and PEDL182 from Humber Oil & Gas Limited.

Commenting, David Bramhill, Executive Chairman of Union Jack, said: “Tangible progress is being made at Wressle. The guidance given for first oil remains on-track for H2 2020.

“The expected transformative economic effect on the Company once commercial production is established will be welcomed and will be a major catalyst in achieving our goal of propelling Union Jack to mid-tier status.

“In addition to Wressle, we have three other material projects within our portfolio, in particular West Newton where preparations are underway for the drilling of the B-1 appraisal well and the resumption of the Extended Well Test at the successful West Newton A-2 well, plus the future appraisal of the Biscathorpe discovery that has the potential to be another important project, and also at Keddington where there remains, in the management’s opinion, considerable potential to increase production.

I look forward to reporting over the coming months on what is expected to be an extremely active period in the development of our Company.”

Receive our exclusive interviews – Enter your email to stay up to date.
Share this post using our forum friendly shortlink: https://bit.ly/39QhLLD
Disclaimer: Statements in this article should not be considered investment advice, which is best sought directly from a qualified professional.

Oil edges up ahead of OPEC+ meeting