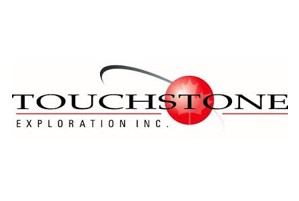 ·     Chinook-1 was drilled to a total depth of 10,039 feet to test a separate structural formation 1.5 kilometres south from the successful Cascadura gas discovery.

·      Completion and testing of the well is expected to be undertaken during the first quarter of 2021.

·      We expect the drilling rig to mobilize to our Cascadura Deep location prior to the end of the month.

In addition to the Herrera sandstones and the associated hydrocarbon discoveries, an additional 20 net feet of hydrocarbon pay was identified in the Cruse formation at depths between 2,996 and 3,021 feet. This represents a new discovery in the area that was not observed in offsetting well data.

In the first quarter of 2021, the Company expects to initiate a comprehensive completion and testing plan to evaluate the economic potential of the hydrocarbon sands. We expect the drilling rig to move to the Cascadura Deep location prior to the end of the month.

“The results from the Chinook well exceeded pre-drill expectations. The successful exploration well further confirms the geological model developed by our team and is expected to provide significant development opportunities in the Chinook area. With both the shallow and deepest zones being new to the area, it also identified future exploration opportunities. The Company’s focus is now on the drilling of the Cascadura Deep exploration well, which will impact the timing of Chinook-1 production testing operations to ensure the safety of operations. I would like to thank our contractors, suppliers, government officials and our staff who have worked together to keep us moving forward during these challenging times.”

“We continue to see the significant and growing potential of the Ortoire exploration block with Chinook-1 encountering over 2,000 feet of turbidite deposits, nearly 1,500 feet of developed sands and a total of over 600 feet of natural gas pay. At a depth of 10,039 feet, Chinook-1 is one of the deepest wells drilled onshore Trinidad in almost a decade and verifies the evolution of our drilling practices since commencing our exploration program. For Chinook-1, we employed a synthetic oil-based mud system that assisted in drilling while reducing formation damage and incorporated a top drive onto the drilling rig to aid in drilling to greater depths. We intend to replicate these drilling practices moving forward given Chinook-1 demonstrated our ability to successfully conduct complex operations in a safe manner while strictly adhering to restrictions imposed during the ongoing COVID 19 pandemic.”

The Chinook-1 exploration well was spud on August 13, 2020 using Well Services Petroleum Ltd. Rig #80. The well was designed to explore the potential for a thick section of Herrera sandstones in the SW-NE trending Chinook anticline, which is located approximately 1.5 kilometres south of the Cascadura anticline and our associated gas discovery. The primary target of the Chinook well was the Gr7a overthrust Herrera sands near the crest of the structure at an approximate measured depth of 8,100 feet, which is capped by thick Karamat shales. The well was intended to further evaluate a secondary target of stacked or repeated intervals of Gr7bc intermediate Herrera sands from approximately 8,800 feet to a planned total depth of 9,870 feet. The well was drilled to a total measured depth of 10,039 feet (true vertical depth of 9,776 feet) on October 11, 2020 and was extended past its originally planned depth due to hydrocarbon shows at 9,820 feet.

Despite being spud a mere 1.5 kilometres south of Cascadura, the Chinook anticline is separate from, and distinctly different than the Cascadura anticline to the north. The structural mapping on the Herrera interval reveals that Cascadura and Chinook are two anticlines converging toward each other, with Cascadura being a tighter but heavily stacked fold, thereby making it a taller structure, while Chinook is interpreted to be a simpler, broader fold.

The Chinook-1 well is the third of a four well exploration commitment under Touchstone’s Ortoire Exploration and Production Licence. The Company has an 80% working interest in the licence but is responsible for 100% of the drilling, completion and testing costs associated with the initial four exploration wells. Heritage Petroleum Company Limited holds the remaining 20% working interest. Touchstone has no reserves associated with the Chinook-1 well included in the Company’s December 31, 2019 independent reserves report.

Further testing is required to determine the economic viability and potential of the well, and the Company plans to commence completion and production testing operations during the first quarter of 2021.

Receive our exclusive interviews – Enter your email to stay up to date.
Share this post using our forum friendly shortlink: https://bit.ly/3k3qJd2
Disclaimer: Statements in this article should not be considered investment advice, which is best sought directly from a qualified professional.

LNG goes from doghouse to podium

A new outlook for Ortoire

Further upside on the table for natural gas 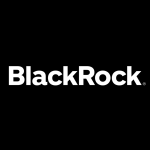