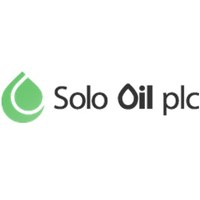 Roaming across the Tanzanian plains on safari some six years ago, it dawned on two Australian geologists that Tanzania could hold world-class helium reserves.

Looking at local research done by a British geologist in the 1950s, an unusually high concentration of helium in the country’s naturally occurring gas seeps was a strong indication that large primary deposits lay under the ground.

While the global supply of helium had comfortably outweighed the demand, this revelation gathered dust in the Tanzanian archives in the absence of any commercial justification for further exploration.

Now global supply is under threat, with the commodity surging around 500% in the past fifteen years, Helium One, the company which was eventually created by the Australian geologists, announced from early analysis data that Tanzania could hold as much as 98.9 billion cubic feet (bcf): enough to make the East African nation one of the world’s top producers

Solo Oil PLC (LON:SOLO) is an investment company with the target of acquiring a diverse global portfolio of direct and indirect interests in exploration, development and production oil and gas assets, both on-shore and off-shore.

Receive our exclusive interviews – Enter your email to stay up to date.
Share this post using our forum friendly shortlink: http://bit.ly/2HbKkFt
Disclaimer: Statements in this article should not be considered investment advice, which is best sought directly from a qualified professional.