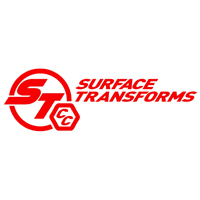 News has been positive in the past few months. Surface Transforms plc (LON:SCE) announced a ground-breaking £27.5m contract award with a new OEM customer in mid-September. Trading has been more resilient than we expected at the start of the COVID-19 crisis, demonstrated by solid H1 earnings today. The Balance Sheet is in better shape helped by a recent £2.2m fund raising. Contract awards have been more focused on EVs, demonstrating the performance, weight and environmental benefits of carbon ceramic discs for these vehicles. A challenge for the Group in this next phase is to maintain momentum with contract wins. A second issue is to manage capacity, costs and cash through the ramp-up. Surface Transforms is shifting from R&D to volume production and with better visibility on medium-term revenues, margins and capex we have lifted our valuation to 57p from 45p.

What’s new? – The Group has reported solid H1 earnings. Revenue increased by 55% to £902k (H119a: £583k). Gross profit increased by 73% to £590k (H119a: £342k). LBT decreased to £1,451k (H119a: £1,526k) Cash at 30 June, with the fund raising, was £2,019k (31 Dec. 2019: £770k), a £334k R&D tax credit was also received in September. Key numbers had been disclosed in a July trading update and, hence, were in-line with our expectations. Beyond these numbers, the Group has just secured a £27.5m ground-breaking contract with a new customer, OEM 8. Operations have continued safely throughout the COVID-19 crisis, and all furnaces and machine tools in the new OEM Production Cell One have been successfully operated. Surface Transforms’ products are gaining increasing interest from EV manufacturers, and testing is progressing with OEM 1 and OEM 3. That said, programme delays are always a risk, and start of production on the Aston Martin Valkyrie car has been pushed back.

Profitability and free cash are now on the near horizon – We discussed the positive impact on our forecasts with the OEM 8 win in our note Major contract award, 14 September 2020. Therefore, we expect the Group will now be profitable by end-2021e. Importantly, management is investing in additional headcount now to prepare for OEM 8 and more awards. The Group is confident more contracts will flow over the next six months. Given the front-end loading of costs, incremental margins on any new business should be higher. That said, working capital and capex will need to be managed carefully over the next 12 months as the ramp-up begins. The existing OEM Production Cell One has enough capacity for now but this may change with more awards. On current plans, we think free cash will turn positive in early 2022e. There are no major changes to our forecasts in this note.

Assessing medium-term value – With significant contract awards starting to flow we now have better visibility on likely revenues, costs, margins and capex. As Surface Transforms ramps-up production and reaps scale economies, the incremental margin on new activity should be higher. Risks remain including the pace of contract wins, demand for discs, programme delays and cost overruns. Nonetheless, our revised and risk adjusted DCF indicates a valuation of 57p from 45p, previously. The Group is well positioned to deliver for the medium-term.

Receive our exclusive interviews – Enter your email to stay up to date.
Share this post using our forum friendly shortlink: https://bit.ly/2HF96BU
Disclaimer: Statements in this article should not be considered investment advice, which is best sought directly from a qualified professional.

10 most advanced cars across the globe

Supercar Blondie gets all up in the Koenigsegg Gemera’s business