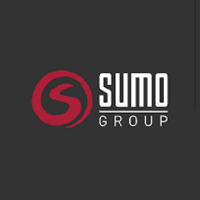 “I am really pleased with the acquisition of The Chinese Room and that Dan has chosen to join Sumo Digital. We believe his renowned and proven creative abilities will add real value to the business. The Chinese Room has an outstanding reputation and its acquisition will enhance and extend Sumo Digital’s capabilities, as well as bringing new intellectual property and accelerating our own IP pipeline.

“This acquisition follows on from our new studio in Newcastle, which we took over from CCP Games in January this year and which is now performing strongly. Having a studio in the south of England opens further doors for the Group and we are confident that it will create exciting opportunities.”

The acquisition accelerates the Group’s own-IP pipeline and provides new intellectual property, creative talent and the opportunity to develop a new studio location in the south of England.

The Chinese Room is an award-winning independent game development studio based in Brighton, best known for creating experimental first-person games such as Dear Esther, Amnesia: A Machine for Pigs, Everybody’s Gone to the Rapture and, most recently, So Let Us Melt. The business was founded in 2010 and named after John Searle’s Chinese room thought experiment. Dear Esther received several Independent Games Festival nominations and the award for Excellence in Visual Art in 2012. Dear Esther is recognised as creating a new sub-genre of gaming, the “Walking Simulator”. Everybody’s Gone to the Rapture, which was developed by The Chinese Room and published by Sony Computer Entertainment, won three BAFTAs amongst many other industry awards in 2015.

The acquisition brings intellectual property rights over revenue generating games Dear Esther and The Chinese Room’s latest release So Let Us Melt, a Google Daydream Exclusive title until late September 2018. It also accelerates the Group’s own IP pipeline/programme with the addition of two original concepts, one of which, 13th Interior, is at prototype demo stage.

Dan Pinchbeck has joined Sumo Group as Creative Director of The Chinese Room and he will be issued with options over Sumo Group shares under the Company’s Long-Term Incentive Plan. Jessica Curry has chosen to leave the business to continue her career as a composer.

The Chinese Room is in a creative hot spot, giving Sumo Group access to a sizeable new pool of UK development talent. Sumo Group intends to invest in this studio. In the short term, The Chinese Room will draw on the capacity of Sumo Group’s other studios.

The Chinese Room is expected to generate a modest revenue on the published games, primarily Dear Esther. The Board expects that The Chinese Room and the Brighton studio will together incur a small operating loss through the remainder of 2018, as new staff are recruited, and that the business will be profitable in 2019. The capital cost of investment in the studio is expected to be relatively low.

Revenues from the historical titles will be recognised through The Chinese Room and the Brighton studio will operate under that name. Going forward The Chinese Room’s revenues and costs will be accounted for through Sumo Digital Ltd (“Sumo Digital”).

Consideration and issue of equity

Receive our exclusive interviews – Enter your email to stay up to date.
Share this post using our forum friendly shortlink: http://bit.ly/2KR9nxf
Disclaimer: Statements in this article should not be considered investment advice, which is best sought directly from a qualified professional.

SUMO 2018-08-14
Charlotte Edwards
Previous: Marshall Motor Holdings PLC Exceeding last year’s record H1
Next: How I got my A-levels by not going to school 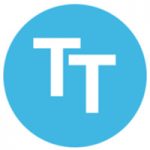 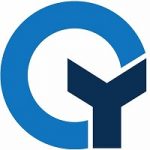 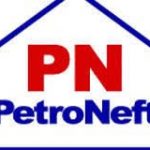 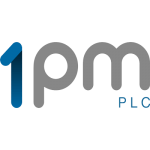