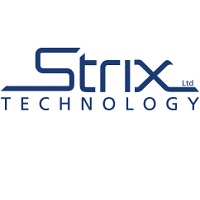 Strix Group Plc (LON:KETL) – As announced in the pre-close trading update at the end of January (22nd), Strix has confirmed FY18 results in line with profit expectations, cash generation was ahead of forecast leading to a lower than expected net debt position. Revenue of £93.8m was 2.5% below ZC estimate of £96.1m but on a constant currency basis would have shown 4.5% growth to £95.1m. Adj operating profit of £30.9m was in line with the £30.8 forecast as were adj. PBT of £29.2m and EPS of 13.8p. Net debt of £27.5m was a touch a below the £28.0m updated forecast, and significantly ahead of the £30.8m estimate prior to January’s trading update. We leave profit forecasts in FY19 and FY20 unchanged and introduce FY21 forecasts. Estimates assume growth in profitability of 8% and 7% in FY20 and FY21 as the investment into HaloSource and growth from Aqua Optima begin to have a meaningful impact. The major change to forecasts relates to the impact of the new factory. Despite c. £25.0m of investment over the next two years, net debt will remain c. 1.0x EBITDA. Dividend growth of 10% to 7.7p in FY19 yields 4.6% with the shares trading on c. 11x earnings in FY20.

 Another year of positive performance: Revenue grew 4.5% on a constant currency basis to £95.1m and 2.7% on a reported basis to £93.8m. This was marginally below ZC forecast of £96.1m due to mix as Regulated and Less Regulated markets continued to outperform relative to China. This has had a positive impact with gross margin of 41.5%, 80bps ahead of the ZC forecast that had assumed a flat performance yoy. Since listing gross margin has strengthened 200bps. Volumes increased 7.9% to c. 75m controls in the year, this was broadly in line with estimated market growth with Strix maintaining global market share by volume of c. 38%. Net debt of £27.5m was over £18.0m lower yoy and has fallen from c. £60.0m at the time of the IPO.

 Impact of new manufacturing facility quantified: A contract to purchase a new site in Zeng Cheng, China was signed in February and is expected to complete pre the Summer. Construction will start shortly afterwards and complete before January 2021. The expected c. £20.0m capital cost of the project is factored into forecasts as are other costs associated with the move including additional working capital investment. Project costs will be entirely funded by existing borrowing facilities and free cash, despite this net debt to EBITDA will remain c. 1.0x.

Receive our exclusive interviews – Enter your email to stay up to date.
Share this post using our forum friendly shortlink: http://bit.ly/2WefqSF
Disclaimer: Statements in this article should not be considered investment advice, which is best sought directly from a qualified professional.

Epwin Group Q&A “at the top of the class” says Zeus Capital (LON:EPWN)

Inchcape Analyst Q&A: On the right track & benefitting from being globally diversified (LON:INCH) 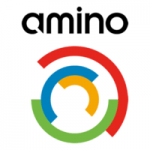