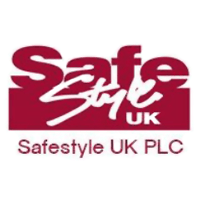 Safestyle UK plc (LON:SFE) is the topic of conversation when Zeus Capital’s Deputy Head of Research Andy Hanson caught up with DirectorsTalk for an exclusive interview.

Q1: Andy, I wanted to talk to you about Safestyle UK. They’ve just had a half-year trading update out, how has the recommencement of operations gone?

A1: To be frank, it’s probably gone better than we could’ve expected. Obviously, they were trading fine in the first quarter, pre-lockdown coming into effect, the company is on a bit of a recovery path post things that had happened 18 months ago.

So, the first quarter had been good, we were seeing demand coming through post-election and the majority Conservative government coming in and that was across the sector. We then had the COVID pandemic and lockdown happening in the last couple of weeks of March which materially impacted trading.

Since the lockdown rules started to ease in the middle of May and the company went back to operations and getting the factory back up and running, demand has actually been really strong. They started people going back into work from 14th May, it took them 7-10 days to get up and running and since then, over the last couple of months, order intake has grown really strongly so it’s up 23% for those 2 months.

At the end of June, the order book is 45% up on where it was last year and I understand that’s still the case right here right now so demand has been much stronger than we would probably have expected.

Q2: Do you think this is pent up demand or it highlights a change in consumer behaviour?

A2: I think that’s a really good question, we expected some pent up demand, we’d seen it from other companies, people like B&Q when they started to reopen stores in May, they saw positive like-for-likes on last year which was obviously coming from pent up demand.

So, we expecting strong initial demand but I guess what we weren’t expecting was it to continue and whilst it’s still very very early days, it does appear to be continuing which, as I say, is the real big surprise.

The big question mark was once the pent up demand has gone through the system, where would the underlying demands come out. Whilst it’s still too early to be certain, it does seem as if people who aren’t spending money on foreign holidays are looking at big ticket items in the home, people have obviously been sat at home during lockdown, looking around their house and seeing things that need doing.

As I say, it’s still too early to really say that that is a change in consumer behaviour but at this stage I’m quite hopeful that the good demand that we’re seeing will continue which is probably better than anyone was expecting.

Q3: The company raised additional equity during lockdown, why was that?

A3: The business, as I say, was recovering and it had enough resources and could deal with lockdown on the resources it had but there was only a finite ability to do that. So, let’s say they could’ve lasted 6/7 months without additional cash coming in, which looked at the time that that would see them through no problem at all, we didn’t know how long lockdown was going to last so there was an issue. If the stringent lockdown we saw in April and May had continue for longer than we were expecting than they would’ve needed additional equity so I think they just cut that issue off at the knees and went out and raised the money.

I was slightly disappointed when we went into lockdown because the last trading update, we had in January, management had said that they had earmarked an additional £3 million of spend to go into marketing to really drive the recovery and revenues because we were seeing a good turnaround.

I was really pleased to seer that because it showed the business getting back on track so they used to spend £10 million a year or so in various sorts of marketing and direct marketing was £6 million and that had fallen substantially to £1 million during the issues they had. To see that £3 million coming back on stream was a really positive sign but because of the pandemic they then said they would have to use that £3 million to use in the business to keep it operational with no revenue which  was a bit disappointing.

I think what the equity raise has done is taken away any questions about it being able to finance itself during this difficult period and also given it a bit of a war chest to invest in lead generation, particularly at a time when its competitors Everest and Anglian are having difficulties. I think that’s probably one of the reasons why they are seeing such strong demand at the moment because they’re being able to use that war chest that the fundraise gave them.

So, it was a very positive thing for them to do in my opinion.

Receive our exclusive interviews – Enter your email to stay up to date.
Share this post using our forum friendly shortlink: https://bit.ly/3gjzbTt
Disclaimer: Statements in this article should not be considered investment advice, which is best sought directly from a qualified professional.

SFE Zeus 2020-07-30
Amilia Stone
Previous: A Catalyst for Good?
Next: ‘Not unreasonable’ to expect Gresham House to target larger capacities as it continues to scale