“In less than a year, Reabold has taken part in seven high-impact wells, the most recent of which being the potentially transformative West Newton A-2 appraisal well. We are delighted by this progress and, considering the potential of our existing portfolio, we now intend to invest further into these companies to facilitate further drilling activity.

“We are also delighted to have completed the Placing at a 29 per cent. premium to our last fundraise and with minimal dilution to existing shareholders. We would like to welcome our new investors in the Company and thank our existing investors for their continued support.”

Reabold Resources PLC (LON:RBD), the AIM investing company which focusses on investments in pre-cash flow upstream oil and gas projects, has today announced that is has raised £2.65 million (gross) via a placing of 240,909,091 new ordinary shares of 0.1 pence each at a price of 1.10 pence per new Ordinary Share. The Company primarily intends to use the proceeds of the Placing for further strategic investment into its current portfolio and potentially into further investment opportunities.

Highlights of the Placing:

·    £2.65 million raised with new and existing institutional shareholders to be deployed into the Company’s portfolio of opportunities;

·     Issue Price is equal to the closing mid-market price of the Company’s Ordinary Shares on AIM on 1 July 2019, being the latest practicable date prior to this announcement.

Further information on the Placing

The Placing Shares will rank pari passu with the existing Ordinary Shares in issue. The Placing Shares, on admission to trading on AIM, will represent 5.9 per cent. of the Company’s then enlarged share capital. Whitman Howard Limited acted as sole broker and bookrunner in relation to the Placing.

The Placing is being carried out utilising the Company’s current authority to issue shares for cash on a non-pre-emptive basis. Application will be made to the London Stock Exchange for admission of the Placing Shares to trading on AIM (“Admission”). It is expected that Admission will become effective and dealings in the Placing Shares will commence at 08:00 on 5 July 2019.

Following Admission, the Company will have a total of 4,063,963,810 Ordinary Shares in issue carrying voting rights. The Company does not hold any Ordinary Shares in treasury. Therefore, with effect from Admission, this figure may be used by shareholders as the denominator for the calculations by which they will determine if they are required to notify their interest in, or a change to their interest in, the Company, under the Financial Conduct Authority’s Disclosure Guidance and Transparency Rules.

Receive our exclusive interviews – Enter your email to stay up to date.
Share this post using our forum friendly shortlink: http://bit.ly/2YujQGS
Disclaimer: Statements in this article should not be considered investment advice, which is best sought directly from a qualified professional. 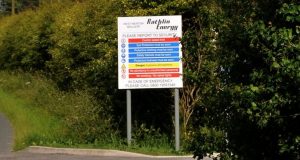