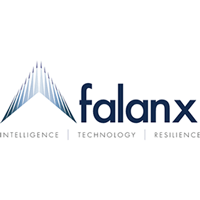 Saudi officials claimed on 28 September that security forces had arrested 10 people in a raid against a “terrorist cell” with ties to Iran’s Islamic Revolutionary Guard Corps (IRGC).

Receive our exclusive interviews – Enter your email to stay up to date.
Share this post using our forum friendly shortlink: https://bit.ly/3lf8q4w
Disclaimer: Statements in this article should not be considered investment advice, which is best sought directly from a qualified professional.

Tracing the anatomy of a ransomware attack: Evil Corp, WastedLocker and Garmin

How to spot a phishing attempt

In conversation with Direct Line for Business: Cyber tips for SMEs from an ethical hacker

Kuwait: Emir’s smooth appointment of new crown prince will allow him to focus on upcoming elections