Q&A with Hardman & Co: How big is the potential market for investment platforms?

‘How big is the potential market for investment platforms’ is the topic of conversation when Hardman and Co’s Analyst Jason Streets caught up with DirectorsTalk for an exclusive interview.

Q1: What is the background to the report?

A1: We were commissioned by a client, AJ Bell, to investigate how big the potential market could be for investment platforms like themselves and, secondly, to estimate the growth rate for the total market.

A2: We took a twofold approach: the first was based on the wealth and assets survey conducted by the ONS. This biannual survey attempts to put a figure on the total wealth in the UK market and it does so literally by conducting a survey. The ONS splits wealth into four categories: property, physical wealth, pensions, and savings and investment. The first two categories ‒ property and physical wealth ‒ are of no interest to us. These assets will never move onto platforms. Physical wealth is everything from furniture to jewellery to cars ‒anything that has a natural physical presence. The second two categories are the ones we are interested in: the pensions and savings and investments.

We have split pensions into three categories: defined pensions in payment; defined benefit pensions deferred or accruing; and defined contribution pensions. The DC pensions are a primary target; the DB pensions in payment are strictly off limits ‒ realistically these are never going to move to a platform. However, defined benefit pensions not yet in payment could, under the pension freedoms rules, move to platforms and indeed they had been doing just that in very substantial numbers in 2018 before slowing down last year. There will continue to be movement from DB pensions out into sipps but the flow will be more modest in the future.

Q3: Did you discover anything surprising?

A3: Our bottom-up approach revealed that the wealth and assets survey would seem to underestimate the total wealth in this country by approximately 500 billion pounds. Perhaps it is not so surprising that people asked by the government how much money and investments they have tend to underestimate what their net wealth is, but this is a very substantial sum missing from the official figures.

Q4: So how big is this marketplace?

We split that answer into two: the hard market and the soft market. The soft market we defined as the absolute maximum potential – so the total wealth excluding only the defined benefit pensions in payment and that marketplace is 5.3 trillion pounds. Currently on investment platforms, there is approximately 700 billion or about 13% of the total wealth.

To reach the hard target market, we made several adjustments: the first one was to exclude defined pensions in payment which is about 2.4 trillion pounds; we then subtracted two others sums. We took off £600 billion, which we estimated to be the wealth owned by individuals or families where they had more than £1.2m of investable assets – the top 0.5% of the wealthiest people in the country. We took the view that these ultra-rich high net worth individuals would be less likely or unlikely to use an investment platform. They would tend to use private offices, wealth managers, private banks and so on.

So for our soft target market, we excluded 600 billion our second adjustment was at the other end of the scale we excluded £250 billion of what we are calling working capital – that is cash balances that will always remain in banks, building societies, and the like that people would not think of putting on a platform because they are using it as their normal everyday working capital to fund purchases, credit card bills and so on.  And then finally we added back to the ONS total the £500 billion of what we calculated was an underestimate of the total wealth. Adding those sums together we get to £2 1/2 trillion as the total market size and so conclude that the investment platform market could grow to 3 1/2 times its current size if all the assets in the soft target were to move onto platforms and, while that is obviously unlikely in the immediate future, we think that as a generational thing as wealth moves to newer generations who are more familiar with online financial transactions, online financial services, that a higher and higher proportion of this wealth will indeed move to investment platforms.

The question of growth is highly complex – there are many forces pulling in both directions and we list some of those in the report. We concluded that the size of the investable pool of assets would grow at around 1-2% faster than the economy as a whole which we estimate – as a long run average to be around 4% nominal.

A5: We put the report together before the impact of COVID-19 and obviously the data is all from periods before this year. It is obviously far too early to say what lasting impact the coronavirus will have on the size of the platform market. One little data point we can point to is that in the first calendar quarter the FTSE100 index was down 25% and AJ Bell’s retail customers saw investment returns of -18% and their advised clients were down 13% on average.

Receive our exclusive interviews – Enter your email to stay up to date.
Share this post using our forum friendly shortlink: https://bit.ly/3g17IpW
Disclaimer: Statements in this article should not be considered investment advice, which is best sought directly from a qualified professional.
2020-05-18
Amilia Stone
Previous: Copper rises on demand hopes
Next: Gold jumps to highest since Oct 2012 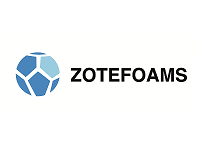 Zotefoams materials chosen for the provision of critical PPE equipment 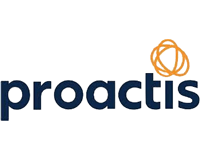 The effects on supply chains when organisations need to diversify