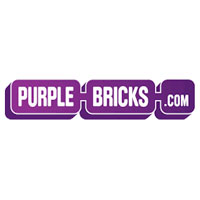 Q1: Now Robin, Purplebricks Group is growing fast with revenue up 159% to £18.7 million, is this growth sustainable?

A1: Well, I think it is. To understand this we have to look at the driver of the UK revenue growth and the driver is the number of local property experts, the LPE’s. This number has increased from 79 in April 2015 to 150 last October to 205 in April 2016 to 320 in October and it’s around about 340 today and management has guided that they will add another 40 LPE’s by the end of April 2017. This suggests that a similar level of recruitment in the second half of this year compared with the second half of last year so there’s a continual drive to increase the number of LPE’s and this is what’s going to drive the increase in revenue, it’ll deepen Purplebricks footprint, it’ll intensify their local presence and result in increased market shares of individual residential property markets. So yes, Purplebricks’ revenue growth is sustainable although obviously the percentage growth rates will moderate as the business scales.

Q2: The UK business has reported a small profit with EBITDA of £0.3 million compared to a loss of £6 million in the first half of last year, when will it make a significant profit?

A2: To understand this we need to look first at the EBITDA before marketing costs which was £5.5 million this year, the first half, compared to £0.6 million for the first half last year and as the revenues grow faster than the overheads grow we expect the EBITDA pre-marketing costs to accelerate. The profitability for the year to April ’17 will depend on the investment in the incremental marketing in the UK and also obviously the £7 million invested in Australia. The overall the EBITDA for the current year after marketing costs will be minimal because the group is investing in Australia and investing in marketing, however, for the year to April 2018 the operational gearing should create profits both in the UK and reduce losses in Australia.

Q3: If we look at the Australian side, it’s had a good start with revenues in the first seven weeks of over AUD$1 million, what additional shareholder value is being created by the group’s investment there?

A3: Well the opportunity in Australia is arguably as large as the UK because even though there are half the number of people in Australia the revenues in Australia per transaction are twice those here in the UK. However, the Australian business is still in early stage, it’s only been in existence for matter of a couple of months and a quick approximation of value is to look at the revenue multiple and multiply that by the revenue run rate. If we look at the revenue run rate for Australia, it’s around about £5 million on an annualised basis from the information we’ve been given, and then look at the UK, which is more like £45 million, the group revenue multiple is around about 6 of the current share price and the value of Australia is about 10% or £30 million or 12p a share. Over the next six months I expect Australia will grow faster than the UK and become increasingly important.

Q4: Purplebricks Group’s shares have been volatile, trading down as low as 75p in January and as high as £1.75 I May, now I think they’re trading around £1.25 at the moment, how do you expect them to trade over the next six months?

A4: Purplebricks’ share price reflects both investor confidence in management’s ability to scale the UK business to reach profits of perhaps £30 million in the year to April ’19 and also in the Australian business to reach profitability in 2018/19 but it also reflects market concern about the number of transactions in the UK residential property market as a whole. In my view, the share price rise today reflects the focus on Purplebricks’ management’s ability to build a profitable business despite the concerns about the low level of market activity, the increase market activity in January through to April, seasonal increase, will determine Purplebricks’ profitability for the full year and investors can monitor the level of activity by looking at the portals. So I expect that increase in activity will drive Purplebricks’ share but the key thing I think is that investors, when they look at the full year results to April ’17 will then be looking forward to the results for April ’18 and that should really be driving the future share price.

Receive our exclusive interviews – Enter your email to stay up to date.
Share this post using our forum friendly shortlink: http://bit.ly/2gCw2l9
Disclaimer: Statements in this article should not be considered investment advice, which is best sought directly from a qualified professional.

Click the EPIC PURP to read the full archive for this company.

2020 could be a very good year for portfolio landlords

What have been the top performing property types of the past decade?

Where in the UK has seen the highest house price rise this decade?

Purplebricks see resilient trading in the First Half

Where are the UK’s current best rental markets for buy-to-let landlords?