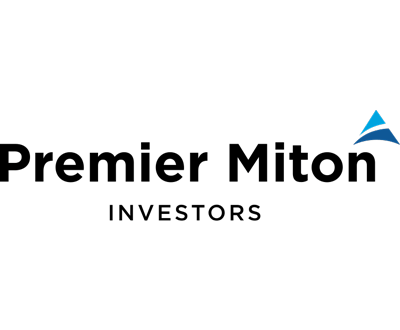 Premier Miton Investors (LON:PMI) Head of Equities Gervais Williams caught up with DirectorsTalk for an exclusive interview to discuss Morgan Stanley’s view on UK equities, how attractive the FTSE Small Cap index is and what sectors would benefit from a stronger pound.

Q1: Morgan Stanley strategists say that UK equities are trading at a discount to global stocks and are potentially the best global equity opportunity for 2020. Would you agree with that?

A1: It’s very interesting actually, we have seen a progressive devaluation really of the UK equity market versus international equity markets for the obvious reasons. Brexit uncertainty has meant that many international investors have been cautious about allocations in the UK and there’s been other markets where you’ve made good money such as the US over recent years.

That has led to a position now where the UK is relatively cheap, the mix is slightly different, we don’t have as much technology perhaps as much as the US market, we’ve got more oils than others but generally, the UK is a cheap opportunity.

We’re quite excited that as that Brexit uncertainty clears, we could see a significant rebound in valuations in the UK.

Q2: The FTSE Small Cap Index is trading on a 35% discount to its 20 year average, a 10-year low compared to the UK Mid-Caps and that’s despite the recent rise in the Pound. This surely makes the Small Caps look particularly attractive too?

A2: Yes, that’s very interesting. If you look back to where the UK is, the UK as a stock market is overlooked at this stage, and undervalued potentially, and Small Caps are more so, they’re undervalued relative to the UK and the UK itself is undervalued.

Premier Miton Investors believe that there’s a lot of companies listed in London which are underrated or have more opportunity than perhaps is within the valuations so we think there’s a really significant performance to be had at the bottom end of this market.

Furthermore, I think if we do see recovery of the UK, you may also see sterling being relatively strong and that means that a lot of investors might not be looking for FTSE100 companies with international earners but perhaps more domestically orientated companies. Again, the UK universe tends to have quite a lot of domestic companies in there.

So, we think there’s a double reason why you might get a catch up, one because UK might be overlooked and have a catch up from that point of view but also from the oversold nature, the undervalued nature of Small Caps relative to the main market.

So, we think, for both of those reasons, we can see a significant performance catch up when we get beyond the uncertainty of Brexit.

Q3: As I mentioned earlier, the UK Pound has risen over the last few months and looking at the various Brexit outcomes, ultimately, it’s either a case of we leave or we don’t, it’s not that clear cut is it? What would hinder a stronger Pound?

A3: I think the nature of it is we could get an event which is less attractive, perhaps we could find that the political change in the UK is less business-friendly, that may alarm people and you may get some capital from the UK being moved overseas so that would certainly affect it.

The other factor is, of course, is you may find other things happening around the world so perhaps there’s good reason why the Euro may recover, perhaps there’s a pick up in world growth next year and that would mean that the Euro is strong and the Pound wasn’t weak in itself but it was just less strong than the Euro so both factor are there.

In my view, I think the UK is pretty well set even in slightly less favourable circumstances, perhaps Brexit uncertainty continues a bit longer, perhaps a hung government for example in the UK election. I think even in those cases, I think because of the dynamics around the world, the UK still looks oversold and I still think we might get a recovery in Sterling in those cases.

Q4: You did mention this earlier but what sectors do you think would benefit from a stronger Pound?

A4: I think what you’d find in a stronger Pound scenario is that many of the international earners which generate more profits overseas would see something of a headwind. If you’re making profits in Dollars or Euros and you’re importing those profits into the UK, you’d get less Pound notes at the end of that process so clearly, international earners multi-nationals they’d have something of a headwind in such a circumstance.

Clearly, domestic companies, UK companies perhaps with domestic sales would be unaffected by that, indeed because many of them are perhaps more cautiously valued anyway in PE ratios and valuations in the stock market.

There’s two reasons to see things catch up, one because they won’t be affected by headwind but more importantly, the valuations are overlooked and we could see valuations increasing at that stage. So, I think both those areas, domestic companies, small microcaps are probably the best performing area after that.

Premier Miton Investors are a UK asset management group with a focus on delivering good investment outcomes for investors through relevant products and active management across our range of investment strategies.

Receive our exclusive interviews – Enter your email to stay up to date.
Share this post using our forum friendly shortlink: http://bit.ly/2DtF7ay
Disclaimer: Statements in this article should not be considered investment advice, which is best sought directly from a qualified professional.

Click the EPIC PMI to read the full archive for this company. 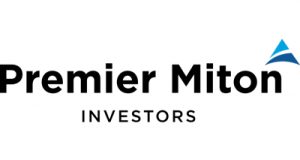