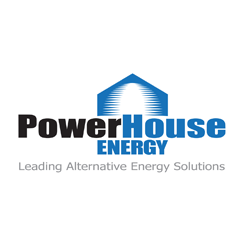 As previously announced, the Company has begun a robust program of testing and technical data collection for integration into the process engineering basis of design for the commercial roll-out of DMG. Distributed Modular Gasification© is a mechanism for the eradication of waste, the generation of distributed electricity, and, most importantly, the production of distributed hydrogen.

Operating on a feedstock of tyre crumb, PowerHouse engineers were able to demonstrate control of the process at ultra-high temperature which led to the generation of synthesis gas (syngas.) According to onsite, in-line analytical instrumentation, the syngas produced was greater than 50% hydrogen by volume. The remaining, measurable, constituent elements of the syngas were CO (carbon monoxide) and CH4 (methane.) Importantly, the in-line gas analysis equipment detected absolutely no CO2 in the gas stream generated by the Unit. A more rigorous analysis of the syngas produced in the DMG process will be conducted by certified external laboratories in future trials.

The G3-UHt unit was disassembled subsequent to its previous trial for a thorough post-operational review. The results of that review led to minor modifications of the operational parameters by which the most recent trial was conducted. Similarly, the unit will again undergo a thorough dis-assembly, inspection, and evaluation of each individual component of the system to ensure continuity of plan.

“PowerHouse has long focused on the efficient generation of energy from waste. However, our ability to generate a concentrated volume of hydrogen from waste, on a distributed basis, sets us apart from others. We believe that DMG is critical to opening the door to the coming hydrogen economy,” said Keith Allaun, Executive Chairman. “These trials will allow us to manage and maximise the constituent elements of the syngas we create to best serve our business model objectives of delivering hydrogen as a road-fuel.”

David Ryan, PowerHouse Energy Group plc Executive Director of Programme Development, said: “Over the course of the past week, and after two weeks of evaluation and refitting of the G3 unit, the system operated without a hitch. Our objectives for this trial – in addition to a successful operation over an extended period – were to begin to hone in on the ideal dwell time for the tyre crumb feedstock in the gasification reactor, the optimal injection of steam at various stages of the process, and, of course, the generation of a syngas of greater than 50% hydrogen. The team was successful on all fronts. By varying the operational parameters we were able to create a syngas with an energy value of over 24MJ/m3 or an extremely hydrogen-rich syngas. Our design program has benefited tremendously from these results and we’re confident in our ability to continue to improve upon them and incorporate the data into our process design.”

Receive our exclusive interviews – Enter your email to stay up to date.
Share this post using our forum friendly shortlink: http://bit.ly/2vRzsrT
Disclaimer: Statements in this article should not be considered investment advice, which is best sought directly from a qualified professional.