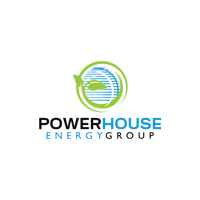 The following amendment has been made to the ‘DMG® ready to solve plastic waste crisis’ Reach announcement released on 11 June 2019 at 7.00 a.m. under RNS Reach No 7483B.

PowerHouse Energy Group plc (LON:PHE) advises that in the RNS Reach response to the BBC1’s documentary ‘War on Plastic with Hugh and Anita’ on 11 June 2019 the Company wrongly labelled the electricity produced from plastic waste clean-up as ‘clean’.

The electricity produced does have emissions and within UK these must meet the stringent criteria set by the IED (Directive 2010/75/EU). The reference to ‘clean’ should have been made against the hydrogen fuel produced by the process.

All other details remain unchanged.

The full amended text is shown below.

PowerHouse Energy Group plc (LON:PHE), the UK technology company pioneering hydrogen and clean energy production from waste plastic, responded on 11th June 2019 to the first part of BBC1’s documentary ‘War on Plastic with Hugh and Anita’ aired last night by bringing attention to PHE’s DMG® technology which can convert plastic waste into hydrogen and electricity and so eradicate any need for such waste to be shipped from the UK to Malaysia, or anywhere else.

A compelling example of how this  technology will use plastic that may otherwise end up in Malaysia would be to locate a DMG® plant on a UK waste management site and on the same site locate a hydrogen fuelling station to power supergreen hydrogen powered local buses servicing the local community. In particular, this would provide an immediate solution for those councils which have found, to their embarrassment, their recyclable plastics ending up on a rubbish tip in Malaysia as demonstrated in the programme or elsewhere.

Furthermore, DMG® technology can be utilised to directly benefit communities where the exported plastic waste could be used to generate electricity for areas which currently have no or very limited access to the electricity grid. A local plant using just 25 tonnes of plastic waste would create circa 58 MWh of electrical power per day, enough to provide for communities of several  thousand  people in the developing areas of the world including Malaysia.

“We relish the opportunity to show just what can be achieed with our DMG® energy recovery process to address the plastic waste crisis. It is the responsible thing to do alongside other commendable  initiatives being deployed.

“The scope of our DMG® technology is truly global and with the support we are seeking from  govermenments and commercial partners across the world it is ideally placed to make a significant impact in helping win the war on plastic.”

Receive our exclusive interviews – Enter your email to stay up to date.
Share this post using our forum friendly shortlink: http://bit.ly/2YzQw1o
Disclaimer: Statements in this article should not be considered investment advice, which is best sought directly from a qualified professional.