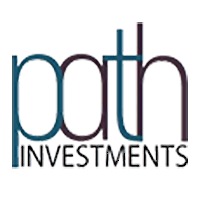 Path Investments PLC (LON:PATH), has today announced that it has signed a binding Share Purchase Agreement to acquire the entire issued share capital of FGE, a company incorporated in the British Virgin Islands, which, in turn, owns 75% of Jagoda Tourmaline Extraction Limited, a company incorporated in Zambia, which owns 100% of the Jagoda Licence, located in Central Zambia, situated at a distance of c. 300 kilometres from Lusaka.

Reasons for the Acquisition

Since the Company’s IPO in March 2017 the directors of Path have sought opportunities in line with the stated strategy to rapidly deploy capital directly in near-production assets with low execution risk.  Businesses with strong cash flow characteristics have been targeted, which in turn lend themselves to regular cash distributions to shareholders.

The acquisition of FGE by Path delivers on that strategy, broadened to include the resources sector in June 2019, which now brings opportunities in the new energy sector to the company.

·    The transaction gives Path control of the assets in Zambia, a country where over 80% of exports are resource -based, chiefly copper, and 1% of total exports are gemstones.

·    Production from both assets occurs within months, from rapid deployment of capital

Trench/rock chip sampling on the Jagoda Licence has identified a manganese ore deposit with a very high degree of purity, at an average of 52%.  Manganese (“Mn”) is on the US Government list of critical minerals, which identifies the median grade of global ore deposits of Mn as 31% and the grade of the richest 10% of ore deposits as greater than 49% Mn.  Deposits of this purity have applications in the battery storage and electric vehicle (“EV”) battery sectors, as well as the ferroalloy, electronics and chemical sectors.  The EV battery sector is forecast to grow at a compound rate of 8.81% per annum to 2023 (Source: MRFR Forecast 2023), whilst the battery storage sector is expected to grow thirteenfold to 2024 (Source: Wood Mackenzie Power & Renewables Global Energy Storage Outlook to 2024).

A Competent Person’s Report (“CPR”) of the manganese resource situated on the Jagoda Licence area will be completed, following on from a recent geological report, which indicated material reserves.  A marketing and sales agreement is being negotiated with an established metals trading firm, that will enable the Company to monetise the manganese ore at market prices less transport, storage costs and marketing commission.  Market prices for high purity Mn ore shipments typically trade at a premium to median grade shipments.

Tourmaline is a gemstone, naturally occurring in more hues, shades and nuances than any other gem.  Despite its highly fragmented value chain, the gem is mined chiefly in Brazil and Africa.  Buyers of all the different grades of tourmaline are mainly from China, India and Singapore, with pink gemstones, in-situ at Jagoda, being particularly prized.  Therefore, demand for the gems is likely to increase in line with the growth of the emerging middle classes of China, India and the rest of Asia.

The Gemological Institute of America’s coloured gemstone courses describe the Jagoda mine on the Jagoda License as one of the top three tourmaline deposits in the world.  The mine was historically mined between 1995 to 2004 to a depth of about 15 metres, generating sales of 214 million carats of tourmaline.  Historical sales records show that 3% of the resource is high quality, premium grade tourmalines, including red rubellites, that command a premium price, in line with emeralds.  Jagoda will supply and market over 30 million carats per annum into a global market estimated at 300 million carats per annum, immediately making Jagoda a significant global player, if not the largest player, in the tourmaline market.

Two other tourmaline deposits have been identified on the Jagoda Licence, with an additional 1.2 billion carats of Tourmaline gemstone inferred resources.  Sales will be conducted through established coloured gemstone auction processes, with annual sales expected to progressively reach 35 million carats.

The Manganese Deposit can be developed more quickly and with a lower capital investment than for the Tourmaline Deposits, so the Jagoda Redevelopment Project has been split into two phases:

•   Phase 1 – manganese ore production to commence within 4 months post completion of the SPA (“Completion”), with first sales revenue expected by month 6; and

Details of the Proposed Transaction

The Proposed Transaction contemplates the allotment and issue of shares in Path to the vendors of FGE providing them with a 50% shareholding in Path (on a fully diluted basis) at Completion in consideration for the sale of 100% of FGE to Path. No cash payment will be made by Path to the shareholders of FGE as part of the consideration for the Proposed Transaction.  Completion will be subject to the issue of a prospectus amongst other things.

Whilst the principal terms of the Proposed Transaction have been agreed, the acquisition remains subject to due diligence, completion of the acquisition documentation, completion of the fundraising and re-listing of the enlarged group on the London Stock Exchange.  The parties intend to proceed as quickly as possible with the Proposed Transaction.  However, there can be no certainty that it will be completed.

If the Proposed Transaction is completed, it will constitute a reverse takeover under the Listing Rules.  As the Company is unable to provide full disclosure under Rule 5.6.15 of the Listing Rules, the Company will continue the suspension of the listing of its ordinary shares on the Standard Segment of the Official List, and as traded on the Main Market of London Stock Exchange, pending publication of a prospectus, setting out details of the Proposed Transaction and the fundraising.

Further announcements will be made, as appropriate, in due course.

Receive our exclusive interviews – Enter your email to stay up to date.
Share this post using our forum friendly shortlink: http://bit.ly/2Z0ovo7
Disclaimer: Statements in this article should not be considered investment advice, which is best sought directly from a qualified professional.

Click the EPIC PATH to read the full archive for this company.