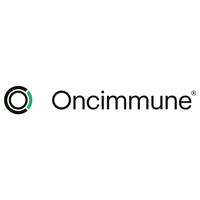 Lung cancer is the biggest cancer killer in Brazil; 34,000 people were diagnosed with lung cancer in 2018 and almost 32,000 deaths were reported from the disease in the same year1. Brazil therefore has a high unmet need for new technologies in the earlier detection of lung cancer and presents a significant market opportunity for EarlyCDT Lung.

This marketing authorisation is effective immediately and enables market access for EarlyCDT Lung in one of the largest addressable markets in the world. Oncimmune signed a distribution agreement with Valentech for Brazil and Colombia in 2018.

Dr Adam M Hill, CEO of Oncimmune said: “Survival rates from lung cancer can be increased significantly with earlier detection of the disease. We are delighted that EarlyCDT Lung can now be made available in this large market, where the need is so great.”

Receive our exclusive interviews – Enter your email to stay up to date.
Share this post using our forum friendly shortlink: https://bit.ly/2YQ8ijQ
Disclaimer: Statements in this article should not be considered investment advice, which is best sought directly from a qualified professional.

Click the EPIC ONC to read the full archive for this company.