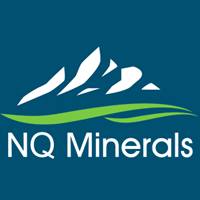 The Company wishes to highlight the H1 2020 financial results represent the state of the Company before the Hellyer Mine’s processing capacity was increased significantly. The Company announced on 2 July 2020 that processing rates increased to 150 tonnes per hour, or the equivalent of over 1.2 million tonnes per annum.

The Hellyer operations continued undergoing processing circuit modifications during Q3 2020, and production rates have been increased further to 165 tonnes per hour at the end of September 2020. To highlight this, the Company was pleased to report that an average annualised production rate of 1.23 Mtpa for the months of July and August 2020 has been achieved. This is a very significant increase from Q1 2020 performance of 0.905 Mtpa and Q2 2020 rates of 1.01 Mtpa and compares to 2019 Hellyer’s full year plant throughput totalling 0.84 million tonnes (an average of 103 tph and 92% plant availability).

–     During H1 2020, the Company generated £15.6 million in Revenue from concentrate sales and £5.3 million in Gross Profit which represents 10% and 58% increases respectively despite lead prices dropping from 2019 prices of approximately US$2,300 per tonne to below US$1,600 per tonne during H1 2020. Lead and Zinc prices have since recovered considerably in H2 2020 to date.

–     In June, the Company announced the closing of the acquisition of the historic Beaconsfield Gold Mine in Tasmania, Australia.

–     In August, the Company announced it has signed a commitment letter issued by ING Bank N.V. (“ING”) for a US$55 million loan in respect to the refinancing of the Company’s existing project debt.

–   In September, the Company announced that it had successfully increased production and processing rates up to 165 tph and plans are being finalised to increase production further to 180 tph, the equivalent of 1.5 Mtpa.

NQ has been active on several corporate initiatives which include enhancing the profile and visibility of the Company in the global capital markets space, diversifying our portfolio of assets, and moves to restructuring our diverse debt package that was initially put in place to fund the re-opening of the Hellyer operations.

NQ believes that having an ADR traded in the United States will provide additional trading liquidity in the world’s largest capital market. To further expand our global market presence, the Company has also engaged specialists DGWA in Germany to seek a listing on the Frankfurt Stock Exchange (“Börse Frankfurt”).

In late February 2020, the Company signed a binding staged acquisition agreement totalling £1.05 million to purchase a 100% interest in the historic high-grade Beaconsfield Gold Mine in Tasmania and, after extensive due diligence, NQ took formal ownership of the mine in late June 2020. Beaconsfield is historically one of the richest gold mines in Tasmania, with past production totalling nearly 2 million ounces of gold from 1887 to 2012 at an average grade of nearly 15 grams per tonne gold. The Company plans to bring Beaconsfield back to gold production as soon as practicably possible.

In August 2020, the Company announced that ING Bank N.V. (“ING”), a leading global resources bank, committed to provide the Company with a US$55 million loan, subject to further conditions. This facility will allow the Company to repay Hellyer’s early project debt and reduce the Company’s interest expense by approximately US$2.5 million per annum.

During the half year, the Company announced several record-breaking month-over-month production performances at Hellyer. These results built on the January 2020 Company announcement about record Hellyer production for the month of December 2019 and for the fourth quarter of 2019.

These results reflect strong improvements in metal recoveries in both our lead and zinc concentrate circuits during the 2019 and 2020 year-to-date financial years.

In addition, continuous plant improvements and expansion plans saw plant throughput increase steadily throughout the year, and the mine managed to achieve production rates exceeding 1.2 million tonnes per year in the last days of June 2020, with further increases planned to 1.5 million tonnes per annum.

Production to date has focused primarily on getting the best out of the lead and zinc concentrate streams, with optimisation work continuing to show gradual and steady improvements.

With Hellyer’s published JORC compliant Mineral Resource Estimated at 9.25 Mt (which is host to gold at 2.57 g/t for 764,300 oz, silver at 92 g/t Ag for 27,360,300 oz, lead at 2.99% for 276,600 tonnes and zinc at 2.57% for 217,400 tonnes), gold is the main in situ value metal. A number of opportunities to economically recover extra gold and silver from the Hellyer resource are being evaluated. Related studies are assessing process options, estimating capital and operating costs and establishing project execution approaches.

In the early part of 2020, to complement the Hellyer surface operations, NQ fortuitously managed to secure the rights to the exciting underground resources at Hellyer and exploration rights around Hellyer. In so doing NQ has significantly increased the lease area around Hellyer four- fold.

The acquisition of the underground mineral rights included 1.175 million tonnes of underground JORC Resources grading 8.6% zinc, 4.9% lead, 1.66 grams per tonne gold and 96 grams per tonne silver. These resources offer significant potential for increasing Hellyer’s overall resources and add to the 10-year mine life of our current tailing’s operations. The Company have identified several advanced exploration targets and plans to commence an exploration program to expand the known underground resources later in 2020.

In May 2020, the Company announced (as part of its due diligence on the assets) a new Mineral Resource Estimate for the lower section of the Beaconsfield Mine, resulting in an increase in contained gold resources underground to 1.454 million tonnes grading 10.3 grams per tonne gold for 483,000 ounces of gold.

Subdivided by Resource Category Above a Lower Cut-off Grade of 3g/t Au.

Importantly, this new Beaconsfield resource is only for the lower section of the mine from the 415m level down to the 1,500 vertical metres depth, and the ore body remains open at depth. The deepest hole returning 2.5m at 32.4 g/t gold. No resources have yet been calculated for the rich upper section of the mine, which was mined from 1877-1914.

NQ plans to re-open Beaconsfield by developing a new modern mine commencing with the development of a 3.6km decline access from surface to reconnect into the existing mine workings at the 430m level. The Company believes Beaconsfield offers a genuine opportunity to develop a high-quality gold asset in short order.

The 64.4km2 Ukalunda tenements, located 300km South from Townsville have excellent potential to host a gold deposit of size. There are multiple shows of mineralisation of similar characteristics to major deposits in the regions, such as the historic Wirralie Gold Mine, with its previously produced 1.1 million ounces of gold. The area is highly prospective for gold, silver and base metals. The Queensland Environmental Authority has now granted a mining lease for NQ’s wholly owned Sunbeam Silver Mine (“Sunbeam”). The granting of the mining lease allows for a more active exploration effort at the historic Sunbeam Mine and further assessment of the multiple surface stockpiles which have been assessed to contain gold, silver, lead, zinc and antimony. The Company is currently working with its geological consultants to ascertain the true grade and tonnage available in the Sunbeam stockpiles with the view of monetising their value.

The 168km2 Square Post licenses lie close to the main Flinders Highway only 50km south of the city of Townsville. The area is considered highly prospective for gold and is considered underexplored.

The Company is determined and committed to making a positive impact in our communities. The Company continues to operate at the highest standards as it relates to Environmental, Community, Sustainability and Human Resource policies and procedures. The Company is committed to maintaining high performance standards and constantly strives to promote a culture of excellence that encourages our employees to exceed regulatory requirements for health, safety, community development and the environment. The Company reported no lost time due to accidents in H1 2020, which is a testament to all our teams.

The Company has seen improvements on a month over month basis in production and mine site operating profits at the mine site level. The commencement of 2020 has continued on with operational success, with H1 2020 seeing production of lead concentrate totalling 16,889 tonnes and zinc concentrate production of 8,850 tonnes. This represents a dramatic improvement over H1 2019.  In addition, Hellyer produced 2,304 ounces of gold and 460,388 ounces of silver during H1 2020 as precious metal credits in the lead and zinc concentrate streams.

The Company is implementing programmes to further enhance plant throughput at Hellyer in 2020. The Company has successfully achieved a new record rate of production at 165 tph through the plant and the Company continues to review ways to increase this further to 180 tph over the coming months.

The Company’s new Beaconsfield Gold Mine acquisition provides the possibility for significant near-term cash flow from gold production. The new JORC resource of 1.454 million tonnes grading 10.3 grams per tonne gold for 483,000 ounces is a significant resource and could provide a stable low-cost operation for many years to come. The Company is working with its engineering consultants to bring the Beaconsfield Gold Mine back into production as soon as possible.

The Company is still in the final stages of finalising the debt facility having announced it has signed a commitment letter issued by ING Bank N.V. (“ING”) for a US$55m loan in respect of the refinancing of the existing project debt. The new debt facility will better align future debt maturities with the cash flows generated from Hellyer, while resulting in a favourable decrease in interest costs to the Company.

“In summary, the first half of 2020 saw dramatic improvements in our flagship Hellyer mining operations, and the second half should see even more improvements with respect to production, revenues and profits as we continue to move plant throughput higher. We have a lot to look forward in this second half of this year.  We are all working diligently to close the ING debt refinancing deal we announced a few months back, and a successful close on this transaction will add tremendously to the strength of the Company. The re-opening of the famous high-grade Beaconsfield Gold Mine is also a very exciting opportunity the Company is working towards, as this event will add significant revenues and profits to NQ over the coming years. And finally, I would like to state very clearly that NQ is totally committed to seeking a listing of its shares on a senior ranked global stock exchange and we are all working hard towards this goal. There is a great deal for shareholders to look forward to in the short, medium and long term and I thank all shareholder, staff, government agencies, contractors, consultants, supplier and off-takers for their valued support during these difficult COVID-19 times.”

Receive our exclusive interviews – Enter your email to stay up to date.
Share this post using our forum friendly shortlink: https://bit.ly/3ifhmFj
Disclaimer: Statements in this article should not be considered investment advice, which is best sought directly from a qualified professional.

NQ Minerals to Present at US investor conference today