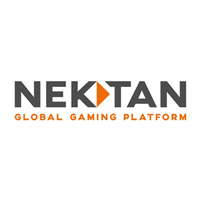 Nektan plc (LON: NKTN), the fast-growing international gaming technology platform and services provider, today announced that all inter-conditional transactions as set out in its circular sent to shareholders dated 11 January 2019 are expected to complete on 29 April 2019, resulting in a combined reduction in debt of 45% and fresh equity investment.

“With the majority of outstanding debt now resolved and our cash burn greatly reduced, Nektan is in an even stronger position to capitalise on our business model, proprietary technology, the increasing portfolio of premium casino games content, our major gaming partners and the growth trajectory we have established globally.”

“Our successful completion of these transactions would not have been achieved without continued support from our existing shareholder base and fresh investment from new shareholders. We are grateful to our shareholders and this completion is a clear endorsement of the progress we have made as demonstrated in our recent trading updates that show continued growth in our core KPIs.”

The transactions include the conversion of £4.870m of the Series A convertible loan notes (“CLNs”), being 60 per cent. of the outstanding £8.125m balance, including £1.908m of the outstanding £2.275m interest (84 per cent.), resulting in the issue of 45,183,786 new ordinary shares in the Company (“New Ordinary Shares”) at the conversion price of 15 pence per share (“Issue Price”); an amendment to the future conversion price and interest rate of the remaining Series A CLNs, to 200 per cent. of the last equity issue price (with a minimum price of 30p and maximum price of 209p) and 2.5% respectively; the conversion of £0.65m worth of debt to equity by Gary Shaw, Executive Director, plus accrued interest of £0.187m, resulting in the issue of 5,583,290 New Ordinary Shares at the Issue Price; and an amendment to the facility agreements entered into in July 2017 by Gary Shaw and Venture Tech Assets Limited (“VTA”) a company that is controlled by Sandeep Reddy, a Non-Executive Director of the Company.

The Company is also pleased to announce that further to its announcement dated 18 April 2019 (“Announcement”), it has placed a further 666,667 New Ordinary Shares with an institutional investor at the Issue Price, raising an additional £0.1m, bringing the total raised from the Placing to £2.2 million (before expenses) for the Company, resulting in the issue of 14,644,687 New Ordinary Shares at the Issue Price. The Company has agreed that settlement be deferred in respect of 1,333,334 New Ordinary Share (“Deferred Settlement Shares”), forming part of the Placing. Settlement of the Deferred Settlement Shares is expected by 30 June 2019.

These transactions result in a stronger balance sheet with a reduction in the total level of debt in the Company from £11.35m to £6.20m.

The inter-conditional transactions are due to complete on admission to trading on AIM of the 64,606,541 New Ordinary Shares (other than the Deferred Settlement Shares) (“Admission”) pursuant to the Placing, the CLN Conversion and the Debt Conversion. Application for Admission has been made, which is expected to become effective, and dealings to commence, at 8.00 a.m. on 29 April 2019.

Receive our exclusive interviews – Enter your email to stay up to date.
Share this post using our forum friendly shortlink: http://bit.ly/2vngNmH
Disclaimer: Statements in this article should not be considered investment advice, which is best sought directly from a qualified professional.

Click the EPIC NKTN to read the full archive for this company.

NKTN 2019-04-26
Charlotte Edwards
Previous: Do You Live in One of These ‘Smart’ Cities?
Next: The disability activist who called in the UN

What to Look for in a Secure Online Casino