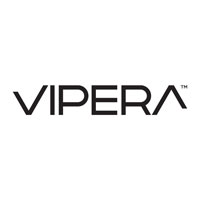 Mobile payments in China worth $5.5tn

Even some beggars accept mobile payments in China where the value of transactions carried out by phone apps matches cash ones.

In this country, as an ever-increasing number of transactions are done by electronic payments, we often talk about the cashless society.

What is less widely-appreciated is the extent to which the UK and other western nations are lagging behind China in this respect.

The growth of mobile payments in China dwarfs that elsewhere.

Even given the differences in population between the two countries, that is an extraordinary disparity and particularly given the sums Apple has been sinking into getting American consumers to use its Apple Pay service, which is now accepted by more than half of all US retailers.

And, very soon, it seems investors will be given the opportunity to buy shares in one of the biggest players in the sector.

The Wall Street Journal reports that Ant Financial, owner of the popular mobile payments system Alipay, is set to raise $9bn (£6.3bn) in a funding round that values the business at $150bn (£106bn).

Receive our exclusive interviews – Enter your email to stay up to date.
Share this post using our forum friendly shortlink: http://bit.ly/2Ht4Fpy
Disclaimer: Statements in this article should not be considered investment advice, which is best sought directly from a qualified professional.