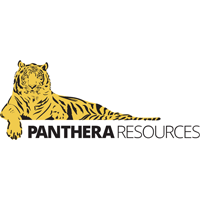 Panthera Resources PLC (LON:PAT) Managing Director Geoff Stanley caught up with DirectorsTalk for an exclusive interview to discuss their latest update on their drilling programme at the Naton project in Burkina Faso.

Q1: Geoff, we saw an update on drilling activities, can you talk us through the highlights?

A1: We’ve completed our first drilling exercise since listing in Burkina Faso, the Naton project, we drilled a little bit over a kilometre of drilling in eight holes testing three principal areas. On the Naton project, we had defined a number of quite interesting soil anomalies with coincident artisanal mining activity on eluvial and alluvial deposits and also a number of hard rock showings as well.

So, that drilling has completed now, we’ve collected all the necessary samples, put in blanks and duplicates for QA and QC purposes and they’ve been dispatched off to laboratories for analysis.

Q2: So, what are the next steps for Panthera Resources?

A2: In West Africa, obviously, we’ll be waiting on those results but at the same time, we’ve also defined a very nice new higher, much higher tenor soil anomaly on the Naton project, at the Kwademan prospect. There is abundant artisanal mining activity there at the moment, we’ve defined a very very extensive soil anomaly both coincident with and extending beyond the artisanal operations.

There is some quite interesting historical drill hits off to the side of that major anomaly so it’s suggesting that we’ve got a nice mineral system there and we’ll be working towards defining more closely targets for drilling at Kwademan over the coming months. As soon as the wet season is finished, we’ll be back in there drilling at Kwademan.

As well as that, we’re continuing to define nice anomalies in Mali, our two projects there, so the second half will provide additional drilling activity and results out for West Africa, for sure, and we’re having some success in India as well, nothing significant to report at this stage but some good success there.

Q3: What should investors be looking out for in terms of news flow over the coming months?

A3: The coming months are going to be quite busy, we have two projects in India, which obviously the largest is the Bhukia project where we’re in the final stages of the Prospecting Licence Application (PLA) and negotiations now.

Back in January, we had a very firm High Court Order granted in our favour basically suggesting that the government should make a final decision on that grant before the end of April, India being India, bureaucratic processes take longer than you hope and it all moves quite slowly. With that said, we’ve continued to push ahead with meeting with the bureaucracy and the politicians and we anticipate a result there quite soon.

As well as that, we’ve seen a lot of corporate interest emerging over the previous 3-6 months as a result of being able to demonstrate a very very strong legal and pin the situation in India, so we’ve got additional opportunities emerging corporately there.

Obviously Bhukia is one of the major projects within our portfolio, and then we’ve got the Taregaon project as well which is on the cusp of also being granted and that is a less advanced project but a very very nice copper/gold target, not far from the mines at Malanjkhand Mine in Madhya Pradesh. So, we have those two properties advancing there quite nicely in India.

So, the news flow will basically be in the next 3 months I would imagine, we’ve got the results back from the recent drilling just announced, we have planning for the next drilling campaigns at Kwademan and in Mali and we have likelihood of announcements on progress regarding permitting in India at Bhukia and also at the Taregaon project.

As well as that, we’ve got corporate activity as most companies do, they’re looking at various options in terms of creating joint venture relationships, acquiring new properties, doing deals and we’ve a number of key strategic objectives we want to achieve in India and we’re working hard towards achieving those.

Receive our exclusive interviews – Enter your email to stay up to date.
Share this post using our forum friendly shortlink: http://bit.ly/2Ltlr9j
Disclaimer: Statements in this article should not be considered investment advice, which is best sought directly from a qualified professional.

Gold continues to draw strength from negative US real yields

Gold to shine amid US-China tensions