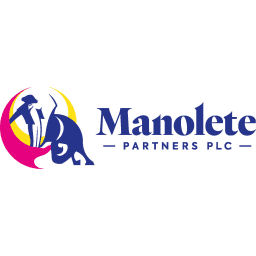 Manolete Partners significant outcome on one of their larger claims

Manolete Partners plc (LON:MANO), the leading listed insolvency litigation financing firm in the UK, has announced a trading update and the successful completion of one of the larger cases in its portfolio of UK insolvency claims.

During the current trading period since 31 March 2020, Manolete has completed 40 cases, including the Claim, which itself will generate a realised gain of approximately £4.1m and a net pre-tax profit contribution to the current accounting period of approximately £2.1m (net of the reversal of the previous unrealised gain of £2.0m that was previously allocated to the Claim).  No material write offs were sustained in Manolete’s portfolio of cases.  New business has developed well in the five-month period to 31 August 2020, with 84 new cases being acquired/ funded, an increase of 65% over the same period last year.

Note: The Vintages table excludes 22 Cartel Cases and is net of deductions for bad debt provisions.

The Claim was settled for a gross amount of £15.0m of which £4.7m is payable in cash to Manolete. This crystallises a realised gain for Manolete of £4.1m representing a 17.4x Money Multiple and a Return on Investment of 1,640%.

To allow the Defendants time to liquidate and generate assets, the £15.0m settlement proceeds will be paid in instalments as follows: £160k within four months, a further £1.0m within 18 months, a further £1.2m 18 months later and then seven annual payments of approximately £1.8m per annum.

The Claim was purchased by Manolete during its financial year ended 31 March 2018. As at 31 March 2020, the end of the Company’s last financial year, Manolete had estimated the fair value of the Claim based on assumed settlement proceeds of £5.5m and a resultant fair value unrealised gain of £2.0m (please refer to case number 1 on page 16 of Manolete’s “Results for the Year Ended 31 March 2020”: https://investors.manolete-partners.com/results-reports/results-centre dated 3 July 2020. That document provides an analysis of the fair values underlying 17 of the larger 35 cases within the Company’s portfolio of 152 ongoing cases UK insolvency claims).

The largest creditor in the insolvent estate relating to the Claim is HMRC. Manolete understands that creditors are expected to receive a significant payment of approximately £10.0m.

Steven Cooklin, CEO of Manolete, commented: “We are very pleased with the latest period of current trading and the significant outcome on one of our larger claims. Not only for our shareholders but also for the large return it generates for the creditors, particularly HMRC, which is the largest creditor in that insolvent company estate by far. This case serves to highlight the excellent returns our business model generates for all stakeholders, as well as the strong Ethical, Social and Governance principles that guide the way we operate.

That case settled at £15m and so was materially higher than our conservative estimated fair value which was based on a settlement sum of £5.5m. As at the year ended 31 March 2020, our team was managing 35 larger UK insolvency claims with headline values in the range of £1m to £40m, reflecting the marked increase in the average size of cases we have invested in, particularly since our IPO in December 2018. While litigation outcomes and returns are never simple to estimate, this result again highlights our conservative and measured approach to valuing unrealised gains”.

Receive our exclusive interviews – Enter your email to stay up to date.
Share this post using our forum friendly shortlink: https://bit.ly/3iD4ytf
Disclaimer: Statements in this article should not be considered investment advice, which is best sought directly from a qualified professional.

Click the EPIC MANO to read the full archive for this company. 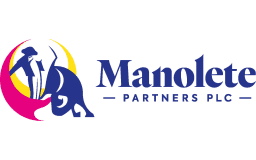 UK facing one million job cuts in 2020 due to coronavirus

UK insolvencies to rise by over a quarter this year

1 in 3 UK businesses to make job cuts by October

North-East personal insolvency to increase significantly according to research