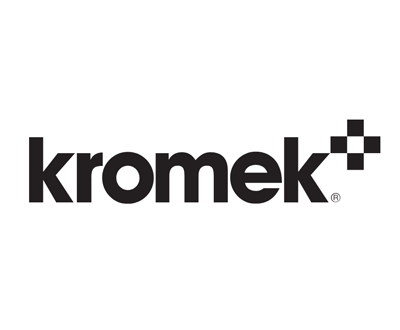 Kromek Group (LON:KMK), a worldwide supplier of detection technology focusing on the medical, security screening and nuclear markets, has today announced its interim results for the six months ended 31 October 2019.

Dr Arnab Basu, CEO of Kromek, said: “This year has seen a focus on executing on the previously-signed agreements and commencing delivery on the multi-year contracts won in recent years. This has resulted in record first half revenues. We have seen an increase in adoption of our next-generation products in the medical imaging market and an expansion of applications for our D3S platform. Consequently, our product sales have seen a year-on-year increase of 53% and account for 82% of revenues in the first half.

“Kromek entered the second half well-positioned to report its highest ever full year revenues as delivery of high value, multi-year contracts continues to ramp up. We are delivering on contracts worth nearly £100m won over the past three fiscal years in our target markets of medical imaging, nuclear detection and security screening as customers commercially deploy their next-generation CZT-based products. Additionally, we continue to experience growing demand for our flagship products, which is expected to convert to further orders. As a result, the Group has visibility of 90% of expected revenue for FY 2019/20 based on delivery of the contracts already won and supported by a strong and increasing pipeline. The Board expects to deliver significant revenue growth and EBITDA profit for full year in line with market expectations.”

*Adjusted EBITDA defined as earnings before interest, taxation, depreciation, amortisation and share-based payments as detailed in the Financial Review below

o  Received and has successfully delivered orders of £2.1m from a European government-related company, a new customer, for the provision and integration of D3S-related technologies

o  Further contracts won from US government and European Commission and, post period, a national civil defence agency of a European country

·      Commenced delivery on a significant $58.1m contract to provide an OEM customer with CZT detectors and associated advanced electronics for its state-of-the-art medical imaging systems

·      Substantial increase in capacity in detector manufacturing and introduction of process automation resulting in increased throughput and efficiency in the US facility, which is delivering on substantial medical contracts

·      Unchanged outlook for FY 2019/20: on track to achieve revenue and EBITDA profit in line with market expectations

Receive our exclusive interviews – Enter your email to stay up to date.
Share this post using our forum friendly shortlink: http://bit.ly/35aSs3V
Disclaimer: Statements in this article should not be considered investment advice, which is best sought directly from a qualified professional.

KMK 2019-12-11
Aim News
Previous: How much is .org domain business worth?
Next: Northbridge Industrial Contract Renewal on Improved Terms

Kromek continues to support customers through times of uncertainty

Kromek at Police and Security Show – Round Up

Protection from radiological weapons and other security threats