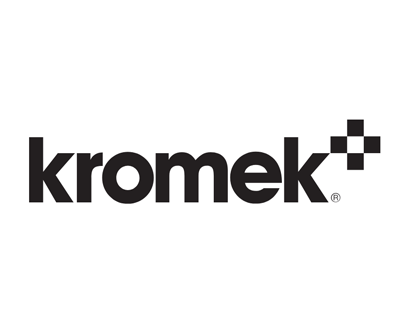 Kromek Group plc (LON:KMK), a worldwide supplier of detection technology focusing on the medical, security screening and nuclear markets, has announced that Mr Derek Bulmer, the current Chief Financial Officer and In-House Counsel, will step down from this role and as a Director of the Group on 31 October 2020. The Board carries out regular and routine succession planning for senior positions, involving both internal and external potential candidates, and Mr Bulmer had indicated his wish to explore possible opportunities outside the Group, after an appropriate handover period with a successor. Whilst disappointed to see Mr Bulmer step down, Kromek is very pleased to announce the appointment of Mr Paul Farquhar as Chief Financial Officer and a Director of the Group with effect from 2 November 2020.

Mr Farquhar, aged 58, is a Chartered Accountant with almost 30 years’ experience as a finance director and chief financial officer, primarily for international businesses. This includes 10 years as Vice President, Treasurer and Chief Financial Officer of Sevcon Inc, which was a NASDAQ-listed designer, manufacturer and supplier of microprocessor controls for electric and hybrid vehicles through wholly-owned subsidiaries in Europe, North America and Asia and via an international dealer network. Alongside his day-to-day responsibilities as the CFO of a public company, Mr Farquhar oversaw the raising of equity and debt finance and M&A activity. This included the acquisition of a private Italian battery charger manufacturer and the formation, and subsequent successful buy-out, of a joint venture in China. He also established a global finance team in five countries with common financial reporting systems to meet the needs of a growing technology business. During this period, Mr Farquhar oversaw an increase in the Sevcon market value from $50m in 2010 to $200m in 2017 when the company was acquired by BorgWarner Inc.

More recently, since leaving Sevcon in 2017, Mr Farquhar has supported a number of SMEs as Finance Director and he is a Non-Executive Director of several community organisations in the North East of England, including City Hospitals Independent Commercial Enterprises Ltd, which is a subsidiary of South Tyneside and Sunderland NHS Foundation Trust that provides services to South Tyneside Hospital and City Hospitals Sunderland. Mr Farquhar began his career as a chartered accountant, spending 10 years as an auditor at Jennings Johnson in Sunderland and at PricewaterhouseCoopers in Newcastle and Lisbon, Portugal.

Paul Farquhar, incoming CFO, said: “I am delighted to have been appointed CFO of Kromek. The Group has a significant presence in a number of high-growth end-markets and a leading position globally in the manufacture and supply of CZT-based products and solutions. It is great to be joining this fantastic business at such a pivotal time in its development and to take over the baton so expertly carried by Derek. I look forward to working alongside Arnab and the rest of the management team to deliver on our strategic objectives and create value for all shareholders.”

Derek Bulmer, outgoing CFO, said: “I have truly enjoyed over a decade of working with the team at Kromek. The Group has a pool of extraordinarily talented people and a vast array of technology and products to meet some of the world’s most critical problems. I would like to take this opportunity to thank the colleagues with whom I have had the pleasure of working and who have provided so much inspiration. I am incredibly proud of what we have achieved together – from raising equity financing for growth and development of the technology to the expansion into the US and internationally. I leave the finances of the business in the very capable and experienced hands of Paul in order to seek opportunities where I can use my experience and expertise to work with other companies who have interesting technologies and ambitious plans.”

Other than as set out below, there are no other matters required to be disclosed pursuant to paragraph (g) of Schedule Two to the AIM Rules for Companies as regards Paul’s appointment. Paul Neil Farquhar does not hold any shares in the Group.

Mr Farquhar was a director of the Team Valley Links Community Interest Company between 2012 and 2015, which was the subject of a solvent members’ voluntary liquidation in 2015 following the withdrawal of funding by the local council.

Sir Peter Williams CBE, Chairman of Kromek Group, said: “It is a measure of our growing reputation as a business that we are able to attract high-quality people to Kromek, and I am delighted to welcome Paul to our Board as CFO. He brings a wealth of experience, having successfully grown a listed business, and is a great addition to our already strong management team. His abilities in establishing global finance teams, equity and debt financing as well as M&A activity, have been well demonstrated throughout his career and we look forward to working with him and to benefitting from his experience.”

“I would also like to take this opportunity to extend my sincere thanks to the outgoing CFO, Derek Bulmer, for his enormous contribution to the business. As a key member of the senior management team, his work has been integral to Kromek’s success to date. He was instrumental in the acquisition of our key US subsidiary and, subsequently, our listing on the London Stock Exchange. Derek has also built robust financial systems and, in addition, he has been heavily involved in the commercial life of the Company, internationally as well as in the UK. His efforts during the challenging times of the ongoing Covid pandemic have been greatly appreciated by the Board and it has been my privilege to work alongside him during my time as Chairman. We wish him every success for the future.”

Kromek adapts detection technology to spot COVID-19 in the air

Plans for Sedgefield to be space hub by 2023