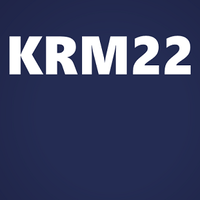 KRM22 plc (LON:KRM), the technology and software investment company, with a particular focus on risk management in capital markets, has announced that it has entered into an agreement for a new £3.0m convertible loan facility arranged by Kestrel Partners LLP, the Company’s largest shareholder. The Facility will be drawn down immediately on satisfaction of the conditions precedent set out in the loan agreement in a single tranche and will replace the Company’s existing debt facility provided by Harbert European Growth Capital Fund II. It is intended that the balance of the outstanding debt and charges of approximately £0.85m under the existing Harbert debt facility will be repaid early using the proceeds of the Facility.

The Facility is being provided to strengthen the Company’s balance sheet and access to both working capital and growth capital in order to support the short to mid-term opportunities available to the Company.

The COVID-19 environment has reinforced the principle that companies need access to greater liquidity to address uncertainties and extending sales cycles, timing of contract signings and also to provide target customers with confidence in the financial strength of the Group.

The Facility will be for a maximum of £3.0m and provided by funds managed by Kestrel Partners LLP. The Facility will be secured on certain Group assets and includes covenants based on the Group’s financial performance, based on ARR, solvency and profitability and will also be guaranteed by certain members of the Group

The interest rate payable on debt drawn down is 9.5 per cent. per annum payable in cash quarterly in arrears and carries an arrangement fee of 2 per cent. payable on drawdown by deduction/ retention from the drawn proceeds. The term of the Facility is 3 years.

Kestrel is considered a “related party” as defined under the AIM Rules as a result of its substantial shareholding of 18.7 per cent. in the Company. The provision of the Facility by Kestrel constitutes a related party transaction for the purposes of Rule 13 of the AIM Rules.

The Directors consider, having consulted with the Company’s nominated adviser for the purposes of the AIM Rules, finnCap, that the terms of the Facility are fair and reasonable insofar as the Company’s shareholders are concerned.

“This Facility will support our current strategy and continued growth and will allow us to make small additional investments in critical resources and support our ongoing working capital requirements.”

Receive our exclusive interviews – Enter your email to stay up to date.
Share this post using our forum friendly shortlink: https://bit.ly/2Rs4wsm
Disclaimer: Statements in this article should not be considered investment advice, which is best sought directly from a qualified professional.

KRM22 organic growth in revenue of 19%

Are your Risk Registers too risky?

COVID19: The Impact on Business