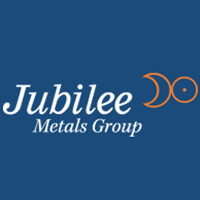 Q3 2020 has delivered both a record production and financial performance and follows Jubilee’s implementation of the previously announced new third party ore supply agreements, as well as improved efficiencies across its chrome and PGM operations.  Jubilee continues to make significant progress with the implementation of its copper strategy in Zambia and looks forward to including the copper performance in further operational updates. Jubilee expects to release its annual audited results for the year ending 30 June 2020 before the end of October 2020.

· Jubilee’s copper operations in Zambia continue to make significant progress, with the copper ore upgrade facility at its Sable Refinery nearing completion as part of its overall expansion plan

· All long lead items have been secured for the construction and implementation of Project Roan, which is set to more than double Jubilee’s copper production over the short term

Leon Coetzer, CEO of Jubilee, commented:   “It is great to see our chrome and PGM strategy paying off, as reflected in our recent operational performance. We have aggressively driven our expansion across both our South African and Zambian operations.

“Our continued strive to improve our operational efficiencies continues to unlock additional opportunities to further expand our chrome and PGM operations in a sustained manner.

“The Jubilee team has delivered an exceptional performance during Q3 2020 and I thank them for their dedication and drive. The Q3 2020 results bode very well for our projected H2 2020 performance and hold the potential to significantly surpass our previous best half year performance; H1 2020.  I look forward to the addition of our copper operations in Zambia to these numbers in the future.

“Our team in Zambia is focussed on delivering on our copper expansion drive, which includes the continued capitalisation of our Sable Refinery, to be ready for both our Project Roan coming on-line, as well as taking delivery of increased third party copper ore.  Our technical team is simultaneously concluding their studies on our very exciting Project Elephant to unlock the nearly 150 million tonnes of surface copper tailings, which will further add to our copper production, as we chase down our target of 25 000 tonnes of copper units per annum. “

The table below summarises the Group’s operational performance for PGM and CHROME for Q3 2020:

As announced on 18 June 2020, Jubilee has secured the rights to approximately 150 million tonnes of copper containing surface tailings, targeted to be upgraded at site and refined at its Sable Refinery in Zambia. This will be done through a joint venture with the mining rights holder.

The Company’s highly experienced technical and operational teams plan to construct a copper concentrator at the tailings resource to produce two separate concentrates for both the acid soluble copper oxides and sulphide associated copper. Project Elephant alone holds the potential to produce copper concentrates in excess of the total Sable Refinery capacity of 14 000 tonnes per annum of copper cathode.

Jubilee will construct, own and operate the processing facility (“Roan Facility”), while its JV partner will deliver the ROM and tailings at no cost to Project Roan. The JV partner is tasked with producing the copper concentrates, which will be sold on an arms-length basis, with Jubilee’s Sable Refinery holding a first right to such concentrate. Jubilee may also under the JV secure and process its own third-party ROM at the Roan Facility.   Project Roan is targeting the production of 10 000 tonnes of equivalent copper units per annum of copper concentrate for further refining, supporting Jubilee’s rapid copper expansion strategy to increase capacity to in excess of 25 000 tonnes of copper per annum

As per the stated reporting timetable, the Company will continue to provide operational updates on a six monthly basis while continuing with more frequent project updates.

Receive our exclusive interviews – Enter your email to stay up to date.
Share this post using our forum friendly shortlink: https://bit.ly/3dkdMcf
Disclaimer: Statements in this article should not be considered investment advice, which is best sought directly from a qualified professional.

Copper imports edge up to near record highs