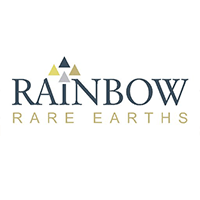 Into Africa: the US’ drive for African rare earth minerals

The international mineral trade is becoming increasingly fractured. An escalating trade war between the US and China is threatening to deprive the former of a number of key commodities, including scandium, graphite and gallium, all of which are not produced domestically in the US and all of which are imported, predominantly from China.

Rare earth minerals are among the commodities most threatened by these increasingly hostile foreign policies. According to 2018 data from the US Geological Survey, the US is entirely reliant on imports for its supply of rare earth minerals, with 78% of all such imports coming from China, orders of magnitude ahead of the second-largest importer to the US, Estonia, which is responsible for 6% of imports.

Malta-headquartered investor TechMet has funded a $3m rare earths separation facility at Rainbow Rare Earth’s Gakara project in western Burundi, which could be exciting from a US perspective. The company claims the mine is the highest-graded source of rare earths in the world, boasting grades of up to 67%, and the project has enjoyed early success with regards to production. Rainbow began commercial production in late 2017, and is targeting an annual production of 6,000 tonnes (t) per annum by the end of 2019 following the sale of 475t of concentrate within the first six months of operation.

Receive our exclusive interviews – Enter your email to stay up to date.
Share this post using our forum friendly shortlink: http://bit.ly/2kwGtLR
Disclaimer: Statements in this article should not be considered investment advice, which is best sought directly from a qualified professional.

RE magnets for Electric Vehicles

Do we have enough Rare Earth Metals for EVs?