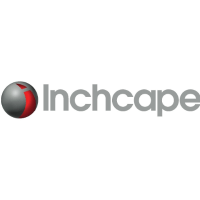 Inchcape Plc (LON:INCH) had announced a trading update this morning confirming trading in the first four months of the year has been in line with expectations. The UK and Australian markets now look to be stabilising and the group has also announced a £100m share buyback scheme, in line with the group’s track record in allocating capital to deliver value for shareholders. We leave forecasts unchanged following this announcement. We remain comfortable with the distribution-led story at Inchcape, which now represent >90% of group profits. Inchcape trades on a 2019E P/E of 9.6x falling to 8.8x in 2020E, which we believe is at odds vs. its distribution peers, as well as the ROCE delivered of 28%.

 Trading update: Distribution, which comprises more than 90% of the group’s profit, saw good revenue growth across most markets, most notably Asia, where growth was led by Singapore, and Europe. Challenges in the Australian distribution segment regarding Subaru supply constraints impacted trading in Australia, which offset growth in distribution profits in other territories. The group continues to integrate the new Central America operations successfully and according to plan. In retail, continued strength in Russia was offset by weakness in the UK and Australia as expected. Profit in these markets is however said to be stabilising with both markets proving broadly stable year on year, which the group expects to continue through 2019E. The group continues to review the retail portfolio and has announced the disposal of Honda and Mitsubishi retail sites in Australia, for cash proceeds of £11m which will result in a profit on disposal. These sites have been marginally loss making year-to-date. Also announced today, the group will be commencing a new £100m buyback scheme, reflecting the high cash generation of the business, and in line with the group’s long track record in delivering shareholder value through capital allocation, with potential for M&A through the forecast period on top of this.

 Outlook: Performance year to date is reported to have been been in-line with the Group’s expectations, with both Retail and Distribution on track for the full year. Excluding the transactional Yen headwind, the group expects to report profits in line with guidance albeit this is likely to be H2 weighted as H1 is impacted by supply constraints.

 Investment view: Inchcape trades on a 2019E P/E of 9.6x falling to 8.8x in 2020E, which we believe is at odds vs. its distribution peers, as well as the ROCE delivered of 28%. We remain comfortable with the long term assumptions made in our initiation note in December. The average share price outcome based on our valuation techniques pointed towards an intrinsic value in excess of 809p, which we believe is achievable within a three-year time horizon, which implies 45% upside from current levels.

Receive our exclusive interviews – Enter your email to stay up to date.
Share this post using our forum friendly shortlink: http://bit.ly/2W0lhiU
Disclaimer: Statements in this article should not be considered investment advice, which is best sought directly from a qualified professional.

Click the EPIC INCH Zeus to read the full archive for this company.