How big is the potential market for investment platforms? This was the topic of discussion when Jason Streets, Analyst at Hardman & Co joined DirectorsTalk to discuss the report commissioned by AJ Bell. Jason explains the background to the report, steps taken to produce it, surprises found, the big question and the impact of COVID 19.

Jason Streets is an equity analyst at Hardman & Co, and covers clients in the Leisure sector.

Jason spent seven years on the buy side, mostly at Kleinwort Benson, before moving to become a Leisure analyst in 1993 with Charterhouse. In 1997, after a brief spell at Hoare Govett, he moved to UBS Warburg, still covering the Leisure sector. Ranked number one in the 2000 Extel survey, he moved on to run both the Internet (ranked number one in 2001) and Media teams at UBS, before taking on a new challenge running the General Financials team in 2003. In 2006, he joined Evolution to be Head of Research, while keeping his hand in with the Financials sector. In 2009, he joined RBS Hoare Govett, initially to cover Leisure and then moving back to Financials, when the business moved en bloc to Jefferies Financial Group. He stayed at Jefferies for three years, covering Financials, before taking a career break in 2015.

Jason joined Hardman & Co in 2016. He has an MA in Law from the University of Cambridge.

Receive our exclusive interviews – Enter your email to stay up to date.
Share this post using our forum friendly shortlink: https://bit.ly/35WPeCg
Disclaimer: Statements in this article should not be considered investment advice, which is best sought directly from a qualified professional.
2020-05-14
Amilia Stone
Previous: ImmuPharma’s efforts in the fight against Covid-19 with Lupuzor and Ureka
Next: TD Securities – Gold has a clear path towards $2,000+/oz 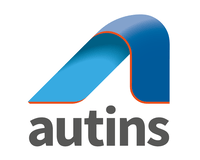