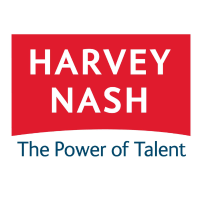 Harvey Nash Group Plc (LON:HVN) has announced the acquisition of Belgian IT solutions company eMenka, a focused provider of Microsoft specialists on both a contracted and permanent basis. The deal is a good strategic fit for the Group’s existing Belgian operations and cements Harvey Nash’s market leading position in this specific skills niche. eMenka is the Group’s third acquisition in the last year, following the purchase of Swedish HR consultancy PAT Management AB in July 2017 and UK technology talent provider Crimson last September, and proves management are delivering on the acquisition strategy that motivated their move to AIM last June. The shares have performed strongly over the last 12 months, up 34% YOY but still offer an attractive entry point to a business that is delivering against its stated objectives, supported by a solid balance sheet with FY19 net debt/EBITDA of just 0.1x. The shares trade on an FY19 PE of 7.5x offering an attractive 4.4% yield.

eMenka is a Belgian IT solutions company which focuses on placing Microsoft specialists as both contractors and full-time employees. Harvey Nash is acquiring 100% of eMenka’s share capital for initial consideration of €1.0m with deferred consideration of up to €1.0m to be paid in 3 years-time, subject to EBIT performance over the earn-out period. Consideration will be funded from existing cash resources. For the 12 months to 31 December 2017 eMenka generated €820k of gross profit and EBIT of €220k at a conversion rate of 26.9%. This compares favourably to the 11.7% Group average conversion rate achieved in FY18 and management believe profitability can be improved further once synergies with its existing Belgian operations are realised.

Strategic fit: eMenka is an important bolt-on to the Group’s Belgian business, giving it a market leading position in a specific skill niche. The Belgium region has performed strongly in recent years with Harvey Nash and Talent IT achieving double digit growth in FY18 whilst generating the highest margins of the Group at an operating profit conversion ratio of 37.6%. eMenka will contribute towards a targeted €500m in revenue for the region.

Forecasts: We leave our earnings forecasts unchanged this morning reflecting the scale of earnings contribution expected from eMenka in the current year, and relatively low visibility over the medium term. We take confidence that today’s announced acquisition and a strong start to trading in FY19 underpin our forecasts at this early stage in the year, providing some upside potential to our projections going forward.

Valuation: Harvey Nash trades on an FY19 P/E of 7.5x and offers an attractive 4.4% dividend yield. The shares have performed strongly over the last 12 months and we feel there is further potential for multiple expansion as it delivers against its stated acquisition strategy, backed by a solid balance sheet and reaps the rewards of its transformation plan.

Receive our exclusive interviews – Enter your email to stay up to date.
Share this post using our forum friendly shortlink: http://bit.ly/2rFoALq
Disclaimer: Statements in this article should not be considered investment advice, which is best sought directly from a qualified professional.

Click the EPIC HVN to read the full archive for this company. 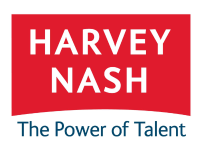 How can we close the tech skills gap?