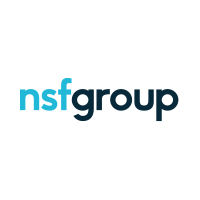 Non-Standard Finance PLC (LON:NSF) is the topic of conversation when Hardman and Co’s Analyst Mark Thomas caught up with DirectorsTalk for an exclusive interview

Q1: Mark, you’ve issued a preview for the results on the 2nd August, what are the headlines you expect from Non-Standard Finance?

A1: The 18th June trading update confirmed that the FY guidance was expected to be met but we think it’s really important that investors recognise the split between the first and the second half.

What we are expecting is NSF will deliver 46% of the revenue and the impairments in the first half but 50% of the costs and because of that different rating, it actually means that you’ll end up with just 18% of the 2018 profits in the first half.

The revenue split reflects business seasonality and payback for investment, impairments actually mean you take more provisions upfront when loans are added before you recognise the revenue and costs really reflect the timing of investments in each division, operational normalisation in Everyday Loans and when the guarantor loans synergies are going to come through.

Q2: How did its biggest division ‘Everyday Loans’ do?

A2: Well, what we’re forecasting is that Everyday Loans will deliver 46% of the FY revenue in the first half, one of the reasons for that is they opened 11 branches opened in the first quarter and they will only really start to deliver meaningful revenue in the second half. With impairments under IFRS9, you’ll see a similar trend, with the second half taking a much bigger hit, that’s from when the loans are added to the books.

With the costs though, we’ve got 51% here in the first half because of when they opened the branches which, as I say, was largely in the first quarter and that included a number of upfront costs on things like legal expenses.

Q3: How about the home collect business ‘Loans at Home’?

A3: The drivers for the home collect are a little bit different. With the move to IFRS9, what you get is the charge for lending the impairment in the critical December period each year now gets taken in the second half even though those customers don’t actually go into arrears, really until the following year.

Now, we believe that management has also over-resourced support functions when they were taking on large numbers of Provident agents so that was a big cost in the first half. in 2H’17. As that slows down and is carefully managed, we expect the second half costs in Loans at Home to be pretty much in line with the first half.

A4: We assume that the guarantee loan business will grow throughout the year and therefore just because of the timing of the lending, the revenue is going to be biased to the second half. We also assume a slightly higher proportion of the impairments in the first half, just on the specific timing of loan book and, again when the IFRS9 impairments recognise that.

Q5: So, bottom line, what is the key message from these results?

A5: Non-Standard Finance’s half year splits are going to look odd, the revenue is second half weighted, the cost is more first half weighted. Management have re-iterated confidence in full year and what the key message is investors should not get worried that the first half profits are well below half the full year numbers.

Receive our exclusive interviews – Enter your email to stay up to date.
Share this post using our forum friendly shortlink: http://bit.ly/2KgpGU8
Disclaimer: Statements in this article should not be considered investment advice, which is best sought directly from a qualified professional.

Click the EPIC NSF to read the full archive for this company.

ANALYST INTERVIEW: Non-Standard Finance – Now is the time for profit