Hardman & Co Q&A: ‘Share ownership: for the many, not the few’

Hardman and Co’s CEO Keith Hiscock caught up with DirectorsTalk for an exclusive interview to talk through his latest report ‘Share ownership: for the many, not the few’.

Q1: You have just published a note entitled “Share ownership: for the many, not the few?”, which looks at the trends in share ownership and the concerns about liquidity. What does the title mean?

A1: Historically, people in the capital markets and company managements spent the vast bulk of their time on institutional investors. The title points to the fact that other investors are becoming increasingly important and, more significantly, are critical to creating liquidity or turnover in shares, which, post the events at Woodford, weighs on investors’ minds.

Q2: Can you explain the background to your report?

A2: Every two years, the Office for National Statistics (ONS), the UK Government’s official number cruncher, conducts a survey of ownership of the London stock market, looking at beneficial ownership. It’s quite complicated, because most shares are held in nominee names, and it is necessary to get behind these nominees.

To supplement the work of the ONS, we decided to work with another organisation, Argus Vickers, whose business is the understanding of share registers, to produce our own survey. The ONS has datapoints every two years, and the latest survey looks at registers as at December 2018. Our survey collects the data every six months and has data to June 2019.

Q3: What are the main trends in share ownership?

Let’s look first at ownership of shares in London by overseas investors. In 1963, they owned just 7% of the market, and that had fallen to 3.6% by 1981. Since then, they have become the most significant owner, accounting for more than 50%. There are many reasons for this; among which:

i) London has become the favoured listing venue for overseas companies. Back in 1963, London was essentially a domestic market – today, it’s the home to international businesses that come with international investors. One example is Fresnillo – a Mexican miner.

ii) Professional investors have also become more global in their approach, and naturally look to London. Our work and the ONS surveys show that they continue to be the largest investors on the London Stock Exchange.

The next trend ONS surveys have found is that retail investors are becoming more important, after many years of decline. 50 years ago, they owned 54% of the market. Gradually, they had been squeezed down – to a low of 10% in 2012 – I think what happened is that, over time, they switched into unit trusts and the like – a move that was compounded by other institutions, such as pension funds, increasing their allocation to equities. We have seen a gradual recovery in retail ownership, and the latest data from the ONS, as well as our data, suggest that this is continuing. But, actually, retail is more important to share prices and liquidity than their percentage ownership would suggest. I’ll talk about that later.

Finally, institutions remain important, but recent years have seen big shifts out of the equity market by pension funds – for example, as they de-risked by buying bonds.

Q4: How does ownership differ by market?

Q5: You said that retail is more important to share prices and liquidity than their percentage ownership would suggest. Can you explain this?

A5: Well, what tends to happen in the trading of many shares is that big institutions hold big lumps, which they rarely trade. Of course, when they do trade, they dominate turnover. But, in between, on most days, for most companies, small trades set the price. Consider this: in November last year, nearly 83% of AIM-listed companies had an average trade size of less than £10,000. Is it any different on the Main Market? Yes, but not by much, because the figure there is 75%. Now, we can’t know who is behind each trade, but it is not unreasonable to assume that the smaller the average, the more significant the retail investor.

Post the events at Woodford (or PW as we call it), professional investors, such as the big pension funds and insurance companies, are much more focused on the liquidity of the shares that they hold or might hold. If a company’s shares have weak liquidity, i.e. a small percentage of shares change hands every year, then a fund manager may rule out the company. One way for managements to solve this problem is to encourage ownership of their shares by the widest possible audience.

Q6: So, what can managements do to engage with a wider investment audience?

i) Use your results announcement as an opportunity to explain your investment case. Most companies hold a meeting for analysts on the results day. Why not post the slide pack on your website? Why not record the meeting and post that too?

ii) Host a capital markets day where investors get to hear from several managers across the business.

iii) Engage a sponsored research house such as Hardman and Co! We have much broader distribution than a broker.

v) Understand your shareholder register and that of your peers. If an investor holds a peer, but not your shares, why is this? It is here that Argus Vickers can help you get into the detail of a share register.

vi) If you want to raise money, include retail investors, through a platform such as PrimaryBid. You can get into an awful lot of trouble if you ignore them. Look at the fuss at Mercia before Christmas, when it didn’t include them.

So, the big message of our work is that managements need to cast their net wide for investors. It’s just not fair to focus on institutions and ignore retail, for example, but, more importantly, if you don’t include them, it can kill your liquidity – and that will come back to bite you.

Receive our exclusive interviews – Enter your email to stay up to date.
Share this post using our forum friendly shortlink: http://bit.ly/2usBPmE
Disclaimer: Statements in this article should not be considered investment advice, which is best sought directly from a qualified professional.
2020-01-23
Aim News
Previous: What is Tungsten?
Next: Packed Programme of Technical Expertise at Energy from Waste 2020, London

How to Showcase Your Brand at Your Office’s Reception 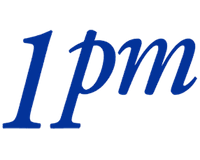 Maybe there is a magic money tree after all

Time to fight for real and fair overhaul to FSCS funding