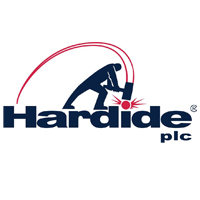 Hardide (LON:HDD), the developer and provider of advanced surface coating technology, today announced that it has conditionally raised £2.5 million before expenses by way of a placing. The Placing will be satisfied through the issue of 3,968,254 new ordinary shares of 4.0 pence each in the Company at a price of 63.0 pence per share.

The Placing follows significant demand from new and existing investors and is an opportunity to welcome new investors to the register. The Board is pleased to announce that the Placing has been significantly oversubscribed and the Placing Price of 63.0 pence represents a premium of 1.6 per cent. to the closing mid-market price on 20 January 2020.

With these new funds the Company will acquire replacement and additional modern equipment to a value of approximately £1.5 million in connection with the move to new premises in Bicester during 2020. This will enable the Company to achieve greater operational efficiency and environmental performance. Plans include upgrading the existing three coating reactors to the latest technical specifications along with new pre-treatment and component cleaning equipment and a new development reactor. In addition to the capital investment, the new funds will allow the Company to meet the additional fit-out costs of approximately £350,000 that are associated with the new site. A further £500,000 of additional capex requirement has been identified by the Company in order to enhance the technical, quality control and analytical facilities, as well as for equipment to improve health and safety and additional future proofing of the Martinsville and Bicester sites.

As set out in the Company’s annual results that were announced on 9 December 2019, the move to the new facility in Bicester remains on track, and will result in improvements to capacity, capability and environmental performance.

A major factor in the decision to buy new equipment is the need to keep the processing capability for Airbus components at the present UK site during the move to the new Longlands Road site. This is because Airbus approval is specific to equipment and its location. Accordingly, the new site will require its own audit and approval, which is now unlikely to be finalised by Airbus until early 2021. There will be minimal operating costs for the residual operations at the current Wedgwood Road site until then.

The Placing will also enable the Company to strengthen its balance sheet, thereby providing additional reassurance to large customers intending to enter into long-term supply agreements with Hardide.

The Company will continue to explore the potential for asset finance.

The Placing is taking place pursuant to existing authorities established at the Company’s last Annual General Meeting on 4 March 2019.

Further information on the Placing, including its conditionality, is set out below.

The Company also announces that Hardide’s Finance Director, Peter Davenport, has notified his intention to step down to pursue a career in education. The Board has identified a talented successor and is in the process of finalising contract terms. Peter will remain with the Company as Finance Director until his successor is appointed and for a short period thereafter to ensure a smooth handover. A more detailed announcement outlining the change will be made in due course.

Yuri Zhuk, Technical Director, intends to sell 208,775 Ordinary Shares as soon as possible following this announcement, at no less than the Placing Price. Dr. Zhuk is selling these shares to fund a property purchase. A further announcement will be made in due course once the sale has occurred.

Details of the Placing

The Placing Shares, when issued, will be fully paid and rank pari passu in all respects with the existing Ordinary Shares, including the right to receive all dividends and other distributions declared, made or paid in respect of such Ordinary Shares after the date of issue.

The Placing is conditional, inter alia, upon:

a.   the Placing Agreement, described below, becoming unconditional in all respects (save for Admission) and not having been terminated;

b.   the Company having allotted, subject only to Admission, the Placing Shares in accordance with the Placing Agreement; and

Application has been made to the London Stock Exchange for the 3,968,254 Placing Shares to be admitted to trading on AIM and it is anticipated that trading in the Placing Shares will commence on AIM at 8.00 a.m. on 24 January 2020.

Canaccord Genuity Ltd, Marlborough Nano-Cap Growth Fund and Canaccord Genuity Wealth Ltd (“Canaccord“) have agreed to subscribe for, in aggregate, 1,017,615 Placing Shares pursuant to the Placing. Canaccord is a related party of the Company for the purposes of the AIM Rules for Companies by virtue of its status as a shareholder holding 10% or more of the existing Ordinary Shares.

The directors of the Company (the “Directors“) consider, having consulted with the Company’s nominated adviser, finnCap, that the terms upon which Canaccord has participated in the Placing are fair and reasonable insofar as the Company’s shareholders are concerned.

Robert Goddard, Chairman of Hardide, commented: “I am delighted that we have been supported by new and existing shareholders to provide the Company with additional capital to support our growth strategy. The new money raised will enable the Company to promote the continuing growth of Hardide and strengthen its balance sheet. The funds will mainly be employed at the new UK site which will see improvements to production capacity, capability and environmental performance to deal with the increased demand for our products.

“I would also like to take this opportunity to thank Peter Davenport for all his help and support over the years and we wish him well in his new teaching profession.

“As previously reported, the year has started well and we look forward to the year ahead with confidence.”

Receive our exclusive interviews – Enter your email to stay up to date.
Share this post using our forum friendly shortlink: http://bit.ly/2Ga8oZk
Disclaimer: Statements in this article should not be considered investment advice, which is best sought directly from a qualified professional.

Hardide to present at The Growth & Innovation Forum