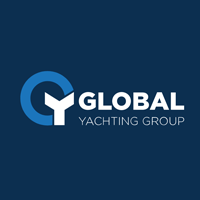 GYG PLC (LON:GYG), the market leading superyacht painting, supply and maintenance company, announced today that Kevin McNair, currently Interim Chief Financial Officer, has been appointed to the Board as Chief Financial Officer with immediate effect. This follows the announcement on 31 July 2019 that Gloria Fernandez was stepping down from the Board.

“On behalf of the Board, I am delighted that Kevin has agreed to join the Board of GYG as permanent CFO. Since Kevin joined the Group in March, he has embedded himself in the business and taken on significant responsibilities and there is no doubt that his experience and knowledge will be invaluable as we continue on our growth journey.”

Kevin joined the Company on 11 March 2019 to ensure that there was a smooth handover of responsibilities ahead of Gloria’s planned leave. Kevin has already developed a very strong and deep understanding of GYG and has been an integral part of the team since joining the Group.

Kevin has more than 25 years’ experience in financial management and capital markets. He has spent the past 15 years as finance director/chief financial officer of various publicly quoted and privately-owned businesses, most recently as interim CFO at Ebiquity plc.

The Company will announce its interim results for the six months ended 30 June 2019 on 26 September 2019.

The following information is being disclosed pursuant to Rule 17 and paragraph (g) of Schedule 2 of the AIM Rules for Companies.

Kevin Hayes McNair, aged 53, is, or has during the last five years been, a director or partner of the following companies and partnerships:

In addition to the above, Kevin McNair was:

·      appointed a Director of Rame Solar One Limited on 10 August 2016. The company was placed into administration on 11 August 2016 and subsequently moved to creditors voluntary liquidation on 2 September 2017; and

The Board does not consider that they have any impact on Kevin McNair’s suitability to act as a director of the Company.

Save as disclosed above, there is no further information required to be disclosed in respect of Kevin McNair pursuant to Schedule Two, paragraph (g) of the AIM Rules for Companies.

Receive our exclusive interviews – Enter your email to stay up to date.
Share this post using our forum friendly shortlink: http://bit.ly/31CW4tG
Disclaimer: Statements in this article should not be considered investment advice, which is best sought directly from a qualified professional.

Click the EPIC GYG Zeus to read the full archive for this company.