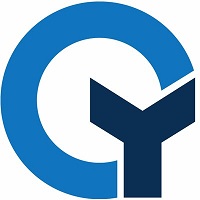 GYG plc (LON:GYG) is the topic of conversation when Zeus Capital’s Head of Research Mike Allen caught up with DirectorsTalk for an exclusive interview.

Q1: GYG, they’ve released their first half results, can you talk us through the key points?

A1: So, the first half results were pretty well flagged on the headline measures, that they put out a detailed H1 update in late August. We did see revenues down 12% year on year but that was really due to the disruption of COVID during March and April but we did see a steady bounced back there. I think impressively the EBITDA was slightly ahead of last year, despite the March decline and that was testament to the 21% growth in EBITDA margin and that was driven by cost and efficiency measures that have been put through into the business over the last 12 months. So, the margin growth there was impressive.

I think the other thing I’ve kind of points out is on the order book as well so the order book is at record levels, the company now has eight big new build projects to work on from next year. It’s never been in this strong position and we can see in the current order book numbers as well that we are likely to see a very strong second half versus last year which is good news but also with that margin growth being sustained during that period as well.

Q2: What key themes did you note within the results?

A2: Obviously, a big key theme is the order book visibility which we’ve talked about before, strategically they seem to be in a very strong position in terms of new build, in terms of winning work there and executing that, particularly in Northern Europe. The refit business seems to be strong as well and, again, pretty strong during the summer months where it’s seasonally quiet, so that’s good news. The supply businesses also supporting the growth too.

So, I think, we are seeing growth on all fronts ready and this business has definitely been run, a lot better from an efficiency and cost point of view as well so that’s definitely helping margins.

Q3: Now, just in terms of your forecast, what assumptions have you made?

A3: So, in terms of forecast, we’ve left out underlying assumptions unchanged for 2020 and 2021, we do acknowledge there’s a second half weighting to hit our 20 numbers but we are comfortable with that given the growth from the current order book and the momentum we’ve seen their margins to date. 21 numbers have also left unchanged as well.

We’ve put through all 2022 forecasts for the first time where we’re assuming about 5% revenue growth and EBITDA margins, we think ultimately could get towards the 15% mark but we’re not assuming that in the forecast period.

Q4: Finally, what are your thoughts on the current valuation of GYG?

A4: We think, barring a kind of a global COVID kind of locked down that we’ve seen all ready, that could impact timing of projects. I think it’s important to know that the business hasn’t lost any work even in disruption but we think that the business, if we looking at it on PE multiples to 2021, where activity levels look to be very high, the company is trading on a PE of under 11 times at the moment and EV/EBITDA below five times.

It’s an asset like business, it is cash generative, the board has said that they wish to resume to the dividend list at the earliest  the opportunity. We haven’t factored anything inf or that yet  but there’s clearly an intention there. During July, we did some extensive valuation modelling in terms of a longer term intrinsic value and we’re still very comfortable with the average measure of about 1.39p.

So, looking at this over the next year or two, we think there’s plenty of earnings upside, if things continue and they execute that order book but also valuation upside as well as well as those asset-light earnings become apparent and we see return on invested capital expand accordingly.

So,  we think this business is in a good spot really over the coming year.

Receive our exclusive interviews – Enter your email to stay up to date.
Share this post using our forum friendly shortlink: https://bit.ly/3cCBz6B
Disclaimer: Statements in this article should not be considered investment advice, which is best sought directly from a qualified professional.

Click the EPIC GYG Zeus to read the full archive for this company.