Miton Group PLC (LON:MGR) Senior Executive Director and Fund Manager Gervais Williams caught up with DirectorsTalk for an exclusive interview to discuss the prospects for 2019, standout investments, investor advice for picking a stock, strengths of the sterling and dollar and agreements for Brexit and China/US.

Q1: Not really sure you need any kind of introduction but Investor of the Year twice, Fund Manager of the Year, well versed in AIM listed companies and published 3 books. With that in mind, what are your thoughts on prospects for the rest of 2019 and which sectors interest you at the moment?

A1: I think the market’s in a period of cross currents.

We’ve some very favourable trends, growth has been very buoyant again, recently we’ve seen a lot of issues in the US particularly very large growth companies, some of them operating at losses, so there’s been a lot of enthusiastic investment for high growth companies. Meanwhile, we’ve got worries about Brexit, a slow down in world growth, European growth is slowing as well so we’ve got anxieties along with this buoyancy.

What that’s really led is to people being perhaps a bit cautious about looking at UK assets and we would argue particularly the more overlooked stocks, not so much the growth stocks but the companies which are potential growth stocks for the future which are probably overlooked at the moment.

We think there’s a real kind of dissonance in the market at the moment which is giving opportunities to pick up some very attractive, hopefully long-term, return stocks at what we consider to be attractive valuations.

Q2: Are there any stocks that you’re actually keeping an eye on this year?

A2: Well, we certainly are and what’s been interesting about this year to date is that the very smallest companies, those at the small and micro-cap end, have been particularly overlooked. So, many of these haven’t actually appreciated anything like as much as the market, some of them have actually fallen in spite of good investment trends. When we look at opportunity to add, there’s been plenty of opportunities to top up some of our existing holdings where for whatever reason, the share prices haven’t really moved very much.

So, from our point of view, we’ve seen some secondary placings from some our existing companies which we’ve topped up on. Kromek Group is one of our favourites, it had a secondary funding which was a very good opportunity to top up that holding for example, and we’ve topped up some of our existing holdings where the share price has been disappointing.

Q3: Are there any standout investments in Miton Group’s portfolio at the moment?

A3: What we’d like to think is many of the companies we invest in are putting cash in to get cash payback and it’s that cash payback when it comes which will drive investor interest, the company itself will generate substantial cash, the balances will build up in the balance sheet and in time, some of them may choose to pay dividends.

From that point of view, what we’re looking to do is to make sure that we actually have companies that don’t just have some upside along with the market but actually have the opportunity to generate a significant upside over an 18-month or 3-year period.

It’s that opportunity set which is really exciting to us because there’s quite a lot of companies in the UK which are small companies themselves but they’re still world leaders in their rather small niche which they happen to be operating in. It’s that cash investment versus cash payback which is a really exciting thing for us.

Q4: The last book you published, The Retreat of Globalisation, in which you help investors identify the better stocks in a changing world, it seems even more relevant of late. What advice would you give investors today when planning which stocks to invest in?

A4: The major thing that we have seen is that the lack of productivity improvement that we’ve seen across the last 10 years, across the globe, along with less investment by corporates in new capex has meant that really productivity isn’t improving and when you ask the electorate ‘do they want more of the same’, the chances are they tick a box and they want something different.

That’s obviously very significant in terms of Brexit for us and that’s coming to a finishing post hopefully in the UK but we’ve also got quite a lot of change going on in Europe, Asia of course and particularly the US.

So, from that point of view, we’re in a period where the political leadership is changing considerable, that is going to lead to a real change in economic policies. It’s very interesting from that point of view is that some of the trends we’ve got used to the last 20/30 years maybe coming to an end but new trends are developing. One of those may be that the opportunity for agile, small companies with access to company, i.e. quoted companies, companies can actually raise additional capital and in doing so, take advantage of the weakness of others.

So, we expect quite an unsettled kind of period in markets over time but most particularly, some of the quoted companies we have, some of the opportunities we have in the UK specifically, because of the Brexit effect, have been held back. So, the risk to reward ratio in our view, remains very very attractive at this end of the market.

This period of moving beyond globalisation, the retreat of globalisation throws up opportunity as well as challenge.

Q5: Just leading on from Brexit, do you think sterling will recover and see the highs that it had a few years back?

A5: What was interesting about the announcement of the referendum results was that sterling was quite weak and so it’s quite natural to assume that it could strengthen further. Certainly, what’s been interesting about the last few months is that being in a period of weakness prior to recently that we have seen sterling itching up, it’s not gone up a lot but it has improved over the last 6 months. We’ve also seen a little bit of weakness coming through in the Euro and they’ve got their own challenges in terms of economic growth in certain areas. So, from that point of view, we think that sterling actually could rise.

Q6: Do you think the strength of the US dollar will ever come to an end?

A6: The nature of the USD is of course it’s the reserved currency for the world and that meant that when people were borrowing considerably over the 30 years, people tended to borrow in dollars and sometimes they swapped those borrowings into local currencies, that effectively meant you sold a dollar. So, there’s been that great surplus of liquidity, great surplus of dollars really around the world and we’ve had periods of strength and weaknesses of the dollar in the last 30 years.

If we enter a period where perhaps debt becomes more pressing, maybe companies don’t take so much debt out or indeed choose to repay some parts of the debt they’ve taken out in the past then that will mean that to repay that debt, often you need to buy dollars again. So, I do think it’s very interesting in the last 3 months that the dollar has continued to strengthen, perhaps in spite of the time when you would’ve thought that other features would’ve suggested that it should’ve been peaking out.

So, I do think that’s quite an interesting data point, we’ll see what happens next but this strength of the dollar is not a trivial matter.

Q7: Do you think there’ll be a recession in advanced economies this year?

A7: I think we’re already nearly half way through the year, I don’t suppose it’ll happen this year because it would have to happen awfully quickly, of course it’s still possible but I don’t think it’s likely.

We’ve been an economic cycle for a long period, nearly 10 years since we had the 2008 setback so from that point of view, we are surely towards the end of the economic cycle, we’ve got to be expecting a slowdown.

We’ve not really had a proper pickup around the world over the last 10 years so this is a long cycle, we would expect normally that after a long cycle there will be a setback. Whether it’ll be this year or next year, I can’t say for certain it’s something we need to be very very risk aware about because we will have another recession in the future as a matter of certainty.

Q8: Finally, trade war, cold war or no war? Do you think US/China will find peace any time soon?

A8: I think they will come to an agreement, I think it’s in the interest of both China and the US. The US have got elections coming up and he’ll be wanting to have a good result from that point of view. The Chinese actually do want their economy to move on and become more integrated in a more conventional way with the rest of the world so I think it’s good for them. So, I think there will be an agreement, it’ll have some aspects about it that will be difficult to analyse, we’ll have to see how it turns out over time.

I also think the UK will also come to an agreement with the EU and we will find a way forward regarding Brexit and that degree of uncertainty about what that agreement will look like will come to pass and we’ll be then in a new environment where we have to get used to the new agreement.

Overall, I think both of these things will be features which move into the past but they’ll be new worries to worry about in the future, as you know, the market is just a turmoil of different areas and different opportunities. Really, it’s about having a diversified portfolio, holdings not just in big and mid-sized companies, smaller, micro, a wider range of individual sectors, opportunities to invest in companies which can buck the economic trend even when world is very slow growth.

So, from that point of view, we’re just lucky in the UK to have such a vibrant infrastructure around small and micro-caps because that’s the area where we think will perhaps have more opportunities than perhaps the market are assuming at the moment.

Miton Group PLC are a UK asset management group that believes in the value of genuinely active management. Their equity funds focus on delivering strong long term investment performance by investing predominantly in company shares. They also offer multi-asset funds that invest across a range of asset classes which seek to deliver a predictable outcome.

Receive our exclusive interviews – Enter your email to stay up to date.
Share this post using our forum friendly shortlink: http://bit.ly/2JcaLO0
Disclaimer: Statements in this article should not be considered investment advice, which is best sought directly from a qualified professional.

Click the EPIC MGR to read the full archive for this company. 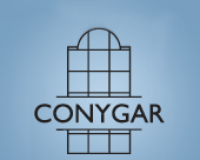 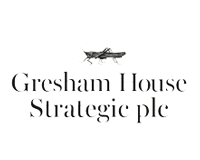