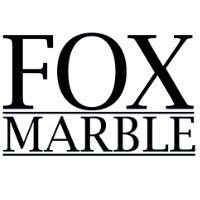 Following on from the successful fund raising in December 2019 and building on the non-board appointment of an experienced executive team and new sales force, Fox Marble Holdings (LON:FOX) today provided the following update on its strategy.

The Company will focus on three legs of strategy over the short to medium term:-

·     Factory sales of processed marble with a focus on growth in sales within Kosovo and the greater Balkans area;

·     Block sales to China and other large block markets; and

·     Growing our marble reserves base and opening new quarries in Kosovo.

On the back of increased factory operating efficiency and capacity, the new sales team is delivering increased sales of processed marble driven by a targeted focus on the Kosovo domestic market, as well as entering into long term contracts to process marble for third parties. The target for 2020 is to continue to increase factory capacity and to grow that year on year over the medium term in line with increased demand in Kosovo and the greater Balkans region. This will be achieved through a combination of increasing shift patterns, continued improvements in operating efficiency and the selective addition of capital efficient factory machinery.

The formal opening of the Company’s new showroom and office in Pristina in April 2020 is a demonstration of Fox’s confidence in the market growth potential of the region, both for its own processed products as well as providing cutting services to third parties.

Block sales to China & other markets

The target for 2020 will be to increase marble production by up to 50% compared to 2019 during the year with minimum capital investment.  Thereafter, the plan will be to deliver year on year production growth in line with anticipated increased demand for the products over the medium term. Significant reserves growth potentially exists in the quarry with expansion within the concessions licensed to Fox Marble.

The new sales team has generated increased interest in the products, and discussions with large natural stone companies are ongoing to supply blocks for their project portfolios.

The foundation of a successful and growing natural stone company is its reserves base. Fox’s strategy is to seek to grow this over the medium term, finding and aiming to open on average at least one new quarry a year in opportunity rich Kosovo. For 2020, two new potential quarries have been identified and commercial discussions are already underway with one licence holder with the aim of opening a new premium quality marble quarry by the second half of 2020, subject to successful drilling of the resource. This will provide the opportunity to increase both block sales and processed marble from the factory from the end of 2020 onwards.

With a strong executive team in place, a new and growing sales force and improved strategy, business planning and performance management being implemented, the Fox Board is optimistic for the future growth potential for the business.

Receive our exclusive interviews – Enter your email to stay up to date.
Share this post using our forum friendly shortlink: http://bit.ly/2PkBOJ7
Disclaimer: Statements in this article should not be considered investment advice, which is best sought directly from a qualified professional. 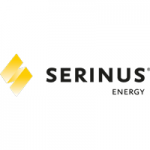