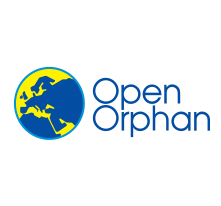 Executive Chairman Q&A with Open Orphan: On target for profitability in H2 (LON:ORPH)

Open Orphan plc (LON:ORPH) Executive Chairman Cathal Friel caught up with DirectorsTalk for an exclusive interview to discuss their new major contract win with a US biotechnology company, pipeline of contracts, cost cutting & profitability and the progress of their universal flu vaccine.

Q1: Cathal, we saw this morning that you signed a major new contract with a US biotechnology company, can you tell us more about that contract?

A1: It’s really exciting, when we came in and put these two companies together, there was scepticism over this large pipeline of prospects that we identified. We knocked the first one down last month, £3.5 million, all to be delivered, signed, sealed, financed done this year so it’s quite exciting.

Small footnote on it as well, we’re the only company in the world that can deliver an RSV vaccine trial so that’s showing the capability in that nobody can compete with us.

We keep saying there’s more where this came  from, contracts are a little bit slower, we had hoped to announce this one 2 or 3 weeks ago but working from home, things do take a little slower but delivering the product won’t be any slower, we’re raring to go. So, yes, quite excited.

Q2: I take it there are more contracts in the pipeline then?

A2: Absolutely but again, we probably shouldn’t talk about them until we’ve actually delivered them so I would say over the coming weeks and months, there is more. We have a pipeline, we’re working our way through it and we’re trying to guide the market as we have done until they announced but we’re very excited.

That’s not including what’s appeared now with COVID-19 challenge studies potential work, they’re all, shall we say, jam on top of everything we currently have.

Q3: I see that you’re using the Venn business to support this, can you tell us more about that?

So, in the past hVIVO would sign a challenge study and 10%/15% would be leaked out to third party companies to provide the data management, biostats, medical writing, now we do that all in-house within the Venn team.

So, that’s very good, delivers revenue to Venn and Venn delivers services so it’s kept within our group so really exciting. It shows you can put these companies together and make them work.

Q4: What’s capacity of the 24-bed quarantine clinic, can you handle and deliver all these contracts this year?

A4: Absolutely, it’s a very valid question and there has been some people who were concerned that if we sign all these contracts, can we cope. Absolutely.

It’s clear most years hVIVO were doing an average of £15 million revenue and we guided the market, the hVIVO team, that most years they only got about one third utilisation. So, we said to the market during our fundraise in January that hVIVO can do up £48million-£50 million in revenue through that 24-bed quarantine clinic before we have to hire extra staff or scale up our resources.

Q5: You mentioned cost cutting earlier, I see that Trevor Phillips your CEO, is leaving, is that part of the cost cutting?

A5: Trevor’s been a wonderful guy, he led the hVIVO team through this merger, he came in to try and fix and turn around hVIVO or put it somewhere safer. Unfortunately, when you put two companies together, particular our model where we’re very focussed on cost cutting and overhead control, unfortunately, we put them together, and so Trevor would be unfortunately a casual day of that. He’s a fantastic guy, he’s staying with us until the end of June and couldn’t have got a better partner to do this deal.

When you put these together, we kind of guided the market somewhat on 20th January in the announced deal when I put the cryptic language saying I was going to be a very hands-on Executive Chairman. The AIM Company Rules say you can have an Executive Chairman or a CEO, you can’t have both because being frank, it’s one of the rules.

Trevor has been wonderful, he’s moving on with good relationships, hopefully we might end up doing something with Trevor further down the road but yes, that’s unfortunately part of the cost cutting exercise.

Q6: Are you still on target for profitability in H2 this year?

A6: Yes, absolutely. That is the plan, we’re working hard on it, it’s the only way to go. We’re a modest little services company, it had way too many losses, those losses are now getting under control, small services companies can’t be loss-making so we’re still on target to ensure the combined entity is profitable in H2 this year.

Q7: Following on from your last testing contract announced 2 weeks ago with Nearmedic International, have you more laboratory testing contracts lined up, particularly for COVID-19?

A7: In the past, hVIVO has bene very dependant on one-legged stool doing these human challenge studies, it has a fantastic £10 million investment in a laboratory so that was a kind of guide to the market of where we’re going, we’re broadening our service offering.

Going forward, ‘watch this space’, we all know, our German friends are beating us hands down in having extensive testing throughout Germany, Britain unfortunately is a little behind the curve but there is great testing capability within hVIVO. I’m sure we’ve a lot more of that in the weeks ahead where we’re going to gear up testing capability and make it available to third parties and certainly, there’s going to be revenue coming through that line and that is only the start of many.

Q8: Finally, your universal flu vaccine, how are Open Orphan progressing with that?

A8: Yes, that’s rather exciting. I say we are a services company, that’s where all our resources are but we do have 48% of Imutex. Imutex we keep saying is a bit like a lottery ticket but it’s becoming more exciting by the day.

So, you’ll see and hear a lot more with that, it’s going to be funded off balance sheet and I think that 48% stake could be very valuable in the months ahead. It’s finished Phase II, in other words it’s getting Phase III ready, there’s only 1 of 2 universal flu vaccines in the world that has completed Phase II successfully with great results.

Don’t forget within Imutex, we also have a universal mosquito saliva vaccine that I gather they’ll be rather interesting results published in the Lancet Journal in the coming weeks so that’s an asset that, once we have the company in the right direction, fixed and going and contracts coming through, we’ll be returning our attention to monetise that.

Some may say ‘watch that space’ but in the era of pandemics, having universal vaccines such as a flu vaccine has suddenly become a lot more interesting than they were 6 months ago.

Receive our exclusive interviews – Enter your email to stay up to date.
Share this post using our forum friendly shortlink: https://bit.ly/2L7AczT
Disclaimer: Statements in this article should not be considered investment advice, which is best sought directly from a qualified professional.

Click the EPIC orph to read the full archive for this company.

orph 2020-05-06
Amilia Stone
Previous: Allergy season causing many to question if they might have coronavirus
Next: Union Jack Investor Presentation 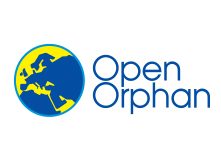 Trial into a vaccine for Covid-19

CHIMagents to support Hvivo with design, manufacturing and testing of its challenge agents