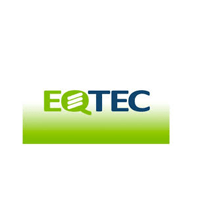 EQTEC PLC (LON:EQT), the technology solution company for waste gasification to energy projects, today announced the appointments of Mr David Palumbo and Mr Yoel Alemán Méndez to the Board of Directors of the Company as Executive Directors with immediate effect.

As announced on 28 June 2019, Mr Palumbo and Mr Alemán were appointed to the senior management of the Group as Commercial Director and Chief Technical Director respectively.  They will continue to fulfil these roles alongside their Board responsibilities.

Mr David Palumbo is an experienced entrepreneur with 20 years’ experience in private equity, business development and asset management.  Since 2006, David has founded and co-founded a number of companies in various industries such as renewable energy, wealth management, property and real estate.  David is the Founding and Managing Partner of Origen Capital LLP (“Origen”), a private investment firm representing family offices and private consortia in Europe, CIS and Latin America.  He has a B.Sc and a M.Sc in electrical engineering.

Origen has previously been engaged by the Company to introduce potential investors.  Origen facilitated the introduction of Altair Group Investment Ltd (“Altair”) to the Company in 2014, together a number of additional investors since, which have invested in and/or provided funding to the Company.  Origen has also acted as an adviser to Altair in other real estate investments since 2015.  Altair currently owns approximately 28.1 per cent of the Company’s issued share capital.  Recognising the relationship between Altair and Origen, whilst Mr. Palumbo serves on the Board, Altair has committed not to exercise its right to nominate an appointee to the Board (see the Company’s announcement of 28 June 2019 for further information).

Mr Yoel Alemán Méndez is an experienced chemical engineer with over 20 years’ experience in Biomass Gasification.  He has designed, built and operated gasification facilities of various industrial capacities, is the author of three technology patents related to specialty power generation, has been a University Associated Professor and Researcher at three universities and holds a PhD in chemical engineering.  Prior to his appointment to the senior management of the Company in June 2019, Yoel was the Chief Technical Officer of EQTEC Iberia from April 2010.

Commenting on the Board appointments, Ian Pearson, Non-Executive Chairman of the Company, said: “I am very pleased to welcome David and Yoel to the Company’s Board.  Since starting their senior management roles at the end of June they have already provided a valuable contribution to the Company.  I look forward to working with them as we seek to accelerate progress with our significant pipeline of projects and opportunities across the UK, Europe and US.”

The Company is pleased to announce the appointment of SI Capital as sole broker with immediate effect.

Further disclosures in relation to the appointments of Mr David Palumbo and Mr Yoel Alemán Méndez pursuant to Schedule Two, paragraph (g) (i)-(viii) of the AIM Rules for Companies appears below.

Mr Yoel Alemán Méndez is a 30 per cent shareholder in Inava Ingerieria de Análisis SI (“Inava”).  Inava was formed to hold collectively shares in Eqtec Iberia SLU and subsequently in EQTEC when it acquired Eqtec Iberia SLU.  The individual shareholders in Inava have decided to enter into a shareholders’ voluntary liquidation process in order to be able to distribute the EQTEC shares in specie to the individual shareholders of that company.  This process has commenced and is ongoing.  Inava is currently interested in 224,368,361 ordinary shares in the Company, representing 7.26 per cent of its issued share capital.  Accordingly, Mr Alemán has an indirect interest in 67,310,508 ordinary shares, representing 2.18 per cent. of the Company’s issued share capital.  For the purposes of MAR, he is not considered to exercise control over Inava or any of its shares in EQTEC.

The information contained within this announcement is deemed by the Company to constitute inside information as stipulated under the Market Abuse Regulations (EU) No. 596/2014 (“MAR”).

Receive our exclusive interviews – Enter your email to stay up to date.
Share this post using our forum friendly shortlink: http://bit.ly/2PhXlVd
Disclaimer: Statements in this article should not be considered investment advice, which is best sought directly from a qualified professional.