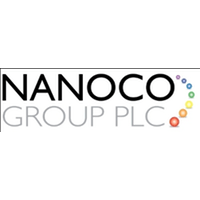 Nanoco Group (LON:NANO) has announced that it has filed a patent infringement lawsuit against Samsung. The lawsuit alleges that Samsung has wilfully infringed the patents relating to Nanoco’s unique synthesis and resin capabilities for quantum dots. Nanoco is seeking a permanent injunction from further acts of infringement and unspecified but significant monetary damages.

The statement describes how Nanoco and Samsung initially worked collaboratively developing cadmium-free quantum dots based on Nanoco’s IP. However, Samsung ended the collaboration and launched its quantum dot-based televisions without entering into a supply of licensing agreement with Nanoco.

Nanoco Group PLC (LON:NANO) leads the world in the research, development and large-scale manufacture of heavy metal-free nanomaterials for use in displays, lighting, vertical farming, solar energy and bio-imaging

Receive our exclusive interviews – Enter your email to stay up to date.
Share this post using our forum friendly shortlink: http://bit.ly/3bSmAog
Disclaimer: Statements in this article should not be considered investment advice, which is best sought directly from a qualified professional.

Click the EPIC NANO to read the full archive for this company.

NANO 2020-02-19
Aim News
Previous: 60% of Australians will use their fingerprint to pay for goods in five years
Next: Santos reinforces SA future after company changes

How LCD TVs use mini-LED, dual panels and quantum dots to take on OLED

The use of quantum dots for Smartphones

How nanotechnology, vertical farms, and lab-grown meat may change the way you eat

What is a Quantum Dot?