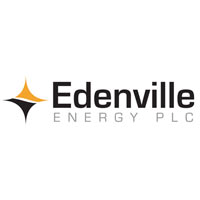 Edenville Energy PLC Commencement of Mining at the Northern Area

Rufus Short, Chief Executive Officer of Edenville, commented: “We are delighted to have commenced mining at the Northern Area following the receipt of proceeds from the recent placing.

“We will continue to push forward with the Northern Area which, coupled with the recent plant improvements we have made, should enable us to increase production.  We believe Edenville is on track to become cashflow positive within the next 10 months, targeting an initial washed coal production of 6,000 tonnes per month, which we consider to be a breakeven level, increasing to 10,000+ tonnes per month thereafter.   I look forward to providing further updates regarding progress at the Project.”

Edenville Energy PLC (LON:EDL), the AIM quoted company developing a coal project in southwest Tanzania, today announced the commencement of mining at the new northern mining area of its flagship Rukwa Coal Project together with other recent Project developments.

·    Access and haul road to the Northern Area (2km north of current pit) completed ahead of schedule;

·    Overburden stripping and exposing of coal has now commenced in the Northern Area;

·   Northern Area has thicker seams (in areas up to 40m thick starting about 2 meters from surface) than those previously mined;

·     Analysis of this screened, but unwashed coal, is returning values of approximately 5,000 kcal/kg.

Following the completion of the work carried out on the haul road which runs from the plant to the Northern Area, mining has commenced in the Northern Area.  Overburden has been removed to allow access to the coal seam and the coal is being progressively exposed for excavation and transport to the wash plant.  The Directors believe the coal from the Northern Area has the potential to provide greater yields and better qualities than areas mined previously.

Batch processing of fine coal from the stockpiles through the pre-screen has produced encouraging results which show approximately 40% of the stockpiled fine coal can be reclassified as sized coal product, which will be available for washing or direct sale.  Whilst recoveries can be variable due to the origin of the fine coal, the Company believes that use of the pre-screen can reclaim a significant amount of saleable material from the existing fine coal stockpiles, possibly up to 10,000 tonnes of saleable coal.

This coal has been analysed with results of 5,000kcal/kg being achieved.  This is close to the calorific value of some of the Company’s washed coal enabling this recovered coal to either be fed through the wash plant to further upgrade the product or, if the quality is appropriate, to be sold directly without washing.  It should be noted that calorific values will vary depending on the origin of the coal being processed, but the Company is encouraged by these initial results.

Going forward, these results indicate the pre-screening process should be able to increase the coal available to be washed by an amount comparable to the results achieved from the initial processing, again depending on the nature of the coal being processed.  Correspondingly, the amount of fine coal sent to stockpiles should reduce.

The Company remains in discussions with potential buyers of fine coal. Other opportunities available to the Company with regards to sales of fine coal are also still being assessed.

Receive our exclusive interviews – Enter your email to stay up to date.
Share this post using our forum friendly shortlink: http://bit.ly/2ZQxXGt
Disclaimer: Statements in this article should not be considered investment advice, which is best sought directly from a qualified professional.