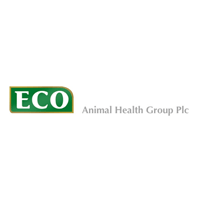 “I’m delighted to welcome Chris to our Board as CFO. He brings a wealth of experience, having successfully grown listed businesses, and is a great addition to our management team as we look to build on our momentum. I would like to take this opportunity to extend my sincere thanks to Kevin and Julia for the considerable contributions that they have made to the Board over many years. The Board would like to thank Brett for his invaluable contribution to the growth and development of ECO over the past 13 years and to wish him all the very best for his retirement.”

Christopher Wilks has considerable experience in the fields of both finance and science. He is currently a non-executive director of Kromek Group plc, an AIM listed worldwide supplier of detection technology and was previously Chief Financial Officer of Signum Technology, a leading group of specialised engineering businesses operating in the safety and critical service flow control sector, which he co-founded in 2012. Prior to Signum Technology, Mr Wilks was Chief Financial Officer at Sondex plc, a specialist manufacturer of technical instruments for the oil and gas industry. Mr Wilks became the Chief Financial Officer of Sondex in 1997 and in June 2003 he successfully managed the listing of Sondex plc on the Main Market of the London Stock Exchange. Sondex was acquired by GE in 2007.

Mr Wilks began his successful career after graduating from the University of Durham with a BSc in Applied Physics and Electronics. Initially he joined Marconi Space Systems, applying his degree skills to the design of power systems for spacecraft. He then trained as a Chartered Accountant at Ernst & Young (now EY), and after qualifying as a Chartered Accountant in audit, he became a manager of its Corporate Finance team.

Kevin Stockdale, Financial Director, has resigned from the Board and shall remain with the Company.

Julia Trouse, Executive Director, has resigned from the Board and shall remain as Company Secretary in order to comply with QCA guidelines.

Brett Clemo, Executive Director, had informed the Board of his intention to retire in 2017 and will start his long planned for retirement on the 30th September 2019. He will not stand for re-election at the Company’s Annual General Meeting scheduled to take place on 19 September 2019.

Receive our exclusive interviews – Enter your email to stay up to date.
Share this post using our forum friendly shortlink: http://bit.ly/2NhkLrg
Disclaimer: Statements in this article should not be considered investment advice, which is best sought directly from a qualified professional.

Click the EPIC EAH to read the full archive for this company. 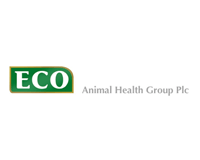